As far as the eye can tell the only thing keeping El Burgo Ranero on the map is the business brought in by the camino; the wheat and wool business that once sustained it has been displaced by mechanization.

Although the church in town was robbed of its treasures long ago (some are preserved in the León Cathedral Museum) the bells still ring, and an ever aging congregation turns up daily.

If you are passing through at the right time of year (late May) take a close look at the stork nests on the tower. If you are lucky you may catch a glimpse of the babies waiting for lunch.

El Burgo Ranero owes its existence to both wheat and wool. Of the two it was the wheat (and the granaries that came with) that gave the town its name; though other historians say the name is derived from the same root that gives us the word frog, rana; the wetlands at the far end of town are full of them. In the 10th century sheep were introduced in massive quantities, so much so that it was the largest source of business for most of the region. Migration of the herd started north of here in the mountains and continued south to the extremes of Extremadura.

The camino between El Burgo and Reliegos is along a manicured path lined with trees. Those trees, unfortunately, are on the wrong side of the path, so on sunny summer days you are exposed: bring ample amounts of water. 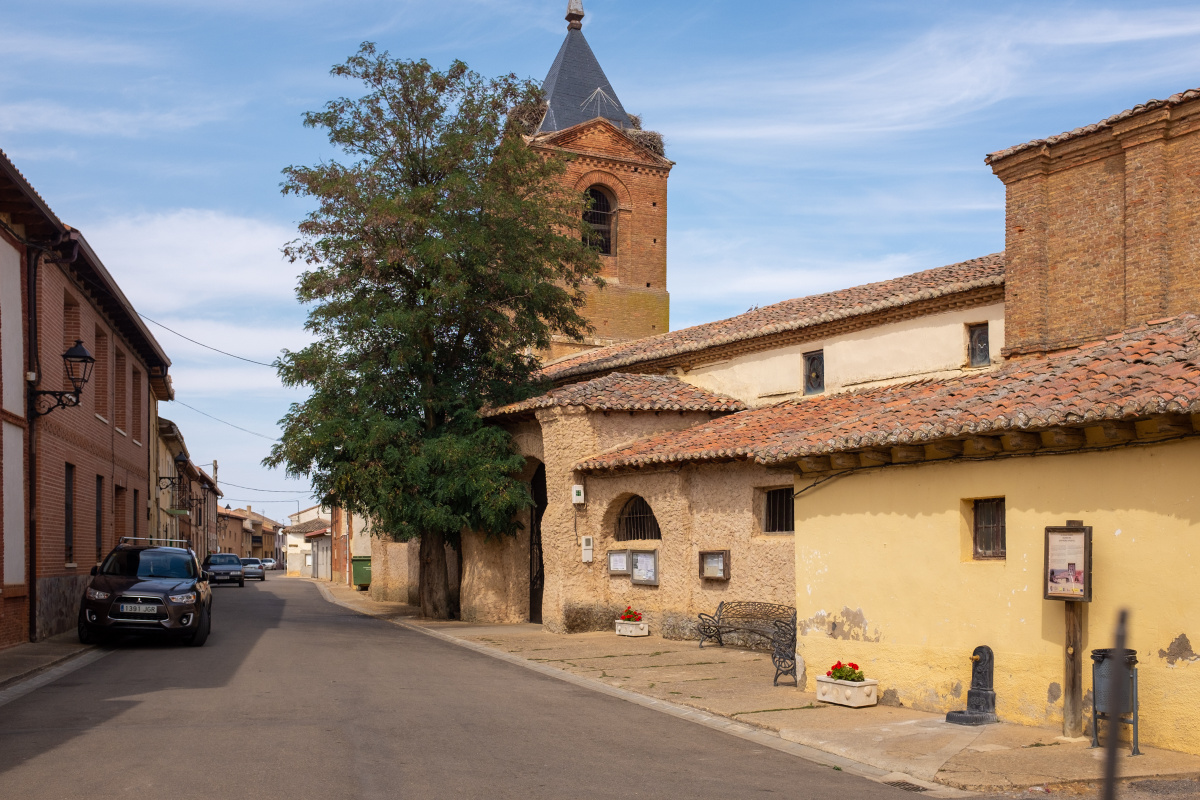 Photo of El Burgo Ranero on the Camino de Santiago