Frómista is the southernmost city along the Camino Francés and the epicenter of wheat growing in Spain. Its rises and falls over the centuries were finally steadied with the arrival of the canals in the late 18th century; they brought proper irrigation and an abundant source of power for mills.

In the center of town sits the Iglesia de San Martín, which underwent a rather unfortunate renovation in the 19th century. In the process, many of the more artistic elements were removed for reasons of decency. Quite a few decorated capitals make for an interesting, if not amusing, visit. Two other churches, San Pedro and Santa María del Castillo, are generally open to the public.

Pedro Gonzáles Telmo, patron saint of sailors and the namesake of the expression Saint Elmo’s Fire, hails from Frómista.

Leaving Frómista is accomplished by retracing a few steps to the main intersection, do not blindly make your way through town and if you plan to leave before the sun rises do yourself the favor of scouting for arrows in advance. The trail here follows a gravel path punctuated by frequent “twin hitos” that are placed to discourage off-road vehicles from taking over the path. 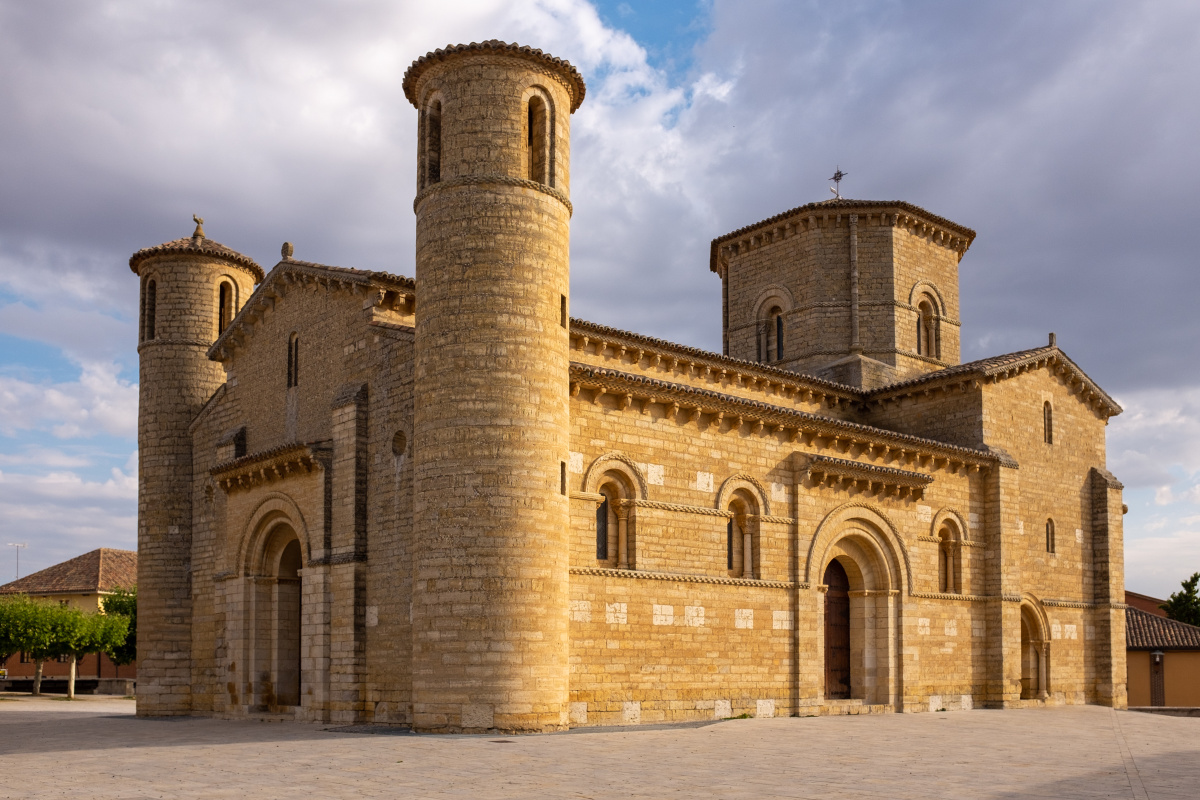 Photo of Frómista on the Camino de Santiago