The bar O Cruceiro opens at 6 am, and there is a wonderful fountain in the picnic area. The small chapel here has a stamp, which is given by its blind caretaker with a bit of help from you.

The year 820 was an important one for Ventas de Naron, and for Christian Spain. For Ventas, it was the site of a battle between the Muslim and Christian forces. The Muslim forces aimed to expand their territory to the north and the Christians, led by the Asturian King Alfonso II the chaste, sent them back. For Christian Spain, it was also the year that the bones of our favorite Apostle were rediscovered. Not long after the very same Alfonso would become the first pilgrim (the primitivo), would verify the relics, would build a church to house them, and would set in motion a course of events that would see the remaining Muslim forces defeated. 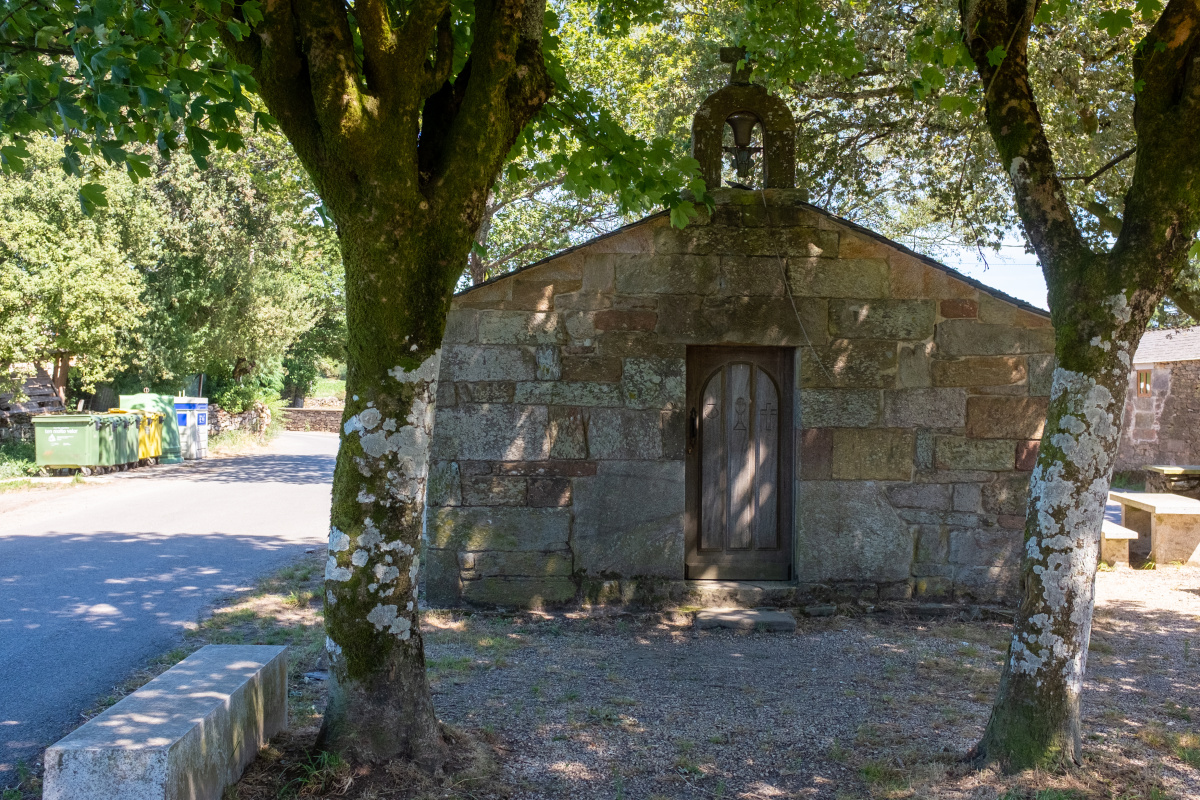 The bar is not opening until 7 am!