All roads seem to converge in the square in front of the Mondoñedo Cathedral; which is convenient because the Cathedral is on the list of must-see churches along the camino. It is also the reference point for getting out of town the following morning.

One of the more fantastic stories to emerge from the annals of Mondoñedo’s books is the legend of the Puente de Pasatiempo (the bridge of passing time). It centers around the fate of Pedro Pardo de Cela, who was ultimately beheaded in the Cathedral square. At the moment of his death, his wife was at the bridge with letters of pardon from the King. Her passage was blocked by detractors of her husband. Pedro was ultimately buried in the Cathedral.

The camino beyond Mondoñedo is a confusing enterprise. The albergue in Lourenzá does their best to inform pilgrims but their opinions are biased and you are encouraged to consider all options, and to not give up if you can’t find the right starting point for your desired route to Gontán and then Abadin.

Part of the confusion arises from the newly installed stone markers in Galicia. When they were installed the routes were re-examined by planners and several changes and additions were made. In this case, the old camino route was re-named the complementaria route, and a second route was added as the official route. This business of creating complementaria routes has led to much confusion because in some localities (Arzúa is the nearest example) the name was applied to a route (for historical reasons) which for decades has been the only option; causing many pilgrims to waste time looking for an official route which does not exist.

In the case of Mondoñedo to Gontán, there are two options and both begin at the Cathedral.

This route remains the preferred one by several of the hospitaleros in these parts. It is also the longer of the two options, and follows a paved road up and over the mountain. There are minimal services along the way so pack accordingly.

With your back to the front of the Cathedral, turn left and exit the square. Just outside the square you will see the Fonte Vella (old fountain), turn right and at the next junction take the left most option up the Calle de la Rigueira. At the top of the hill the camino turns sharply left and follows the road through several hamlets, the first of which is Maariz.

Though shorter, this route is both more challenging and more scenic. It can also be difficult to locate.

With your back to the front of the Cathedral, look for the pharmacy that is at the top of the stairs opposite you towards the right. The camino leave town on that road so climb up the stairs and turn left up the Rúa Lence Santar. Turn right on the first side street, and follow it as it curves to the left. When it reaches a small plaza with a fountain, keep to the right. At the next intersection, turn left onto the LU-130 (the first wide road since the Cathedral). Follow the road uphill to the park, turning right at the end of the park to pass the Iglesia dos Remedios. Turn left, again uphill, after the church. This is the N-634 and you don’t follow it for long. Turn right downhill onto the LU-P-3106 in the direction of Zoñan. This road will take you through the hamlets of Rego de Cas and Cesuras. At the end of Cesuras it turns left uphill towards Infesta. A short distance ahead, after crossing the N-634, the road turns to trail and you begin the steepest part of the climb. 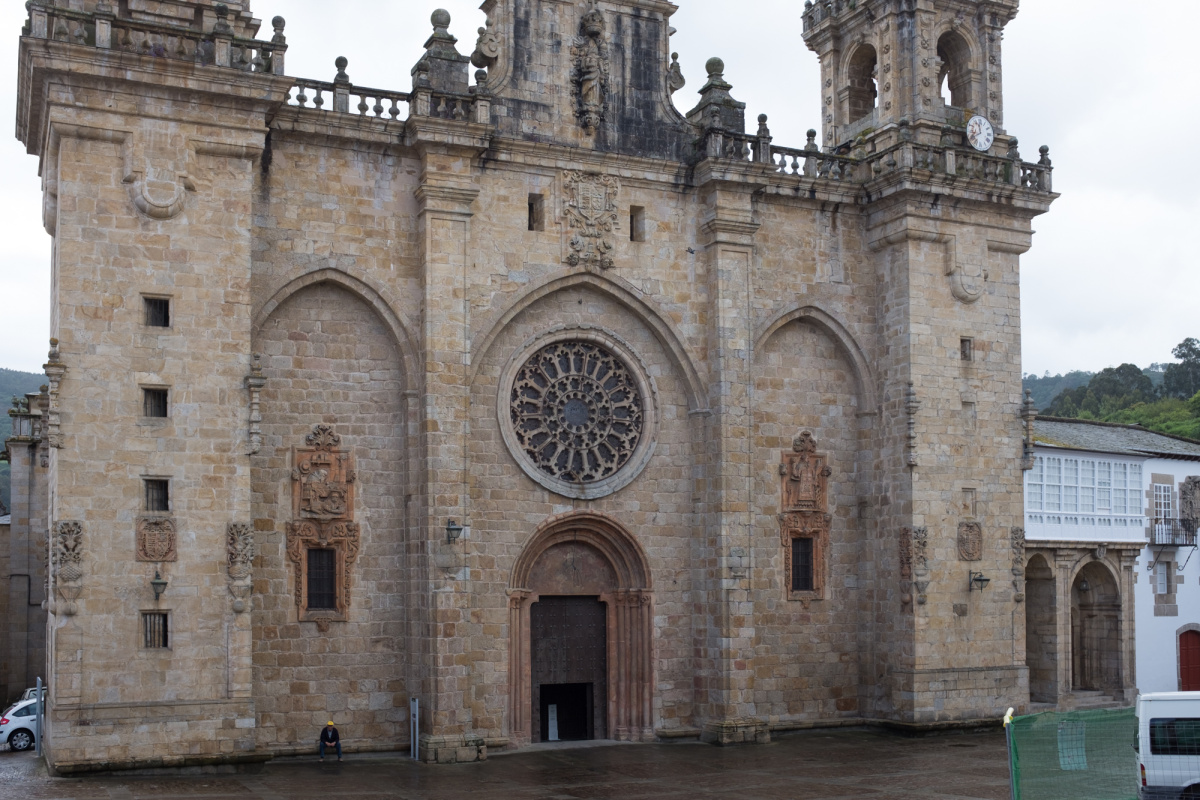 Photo of Mondoñedo on the Camino de Santiago 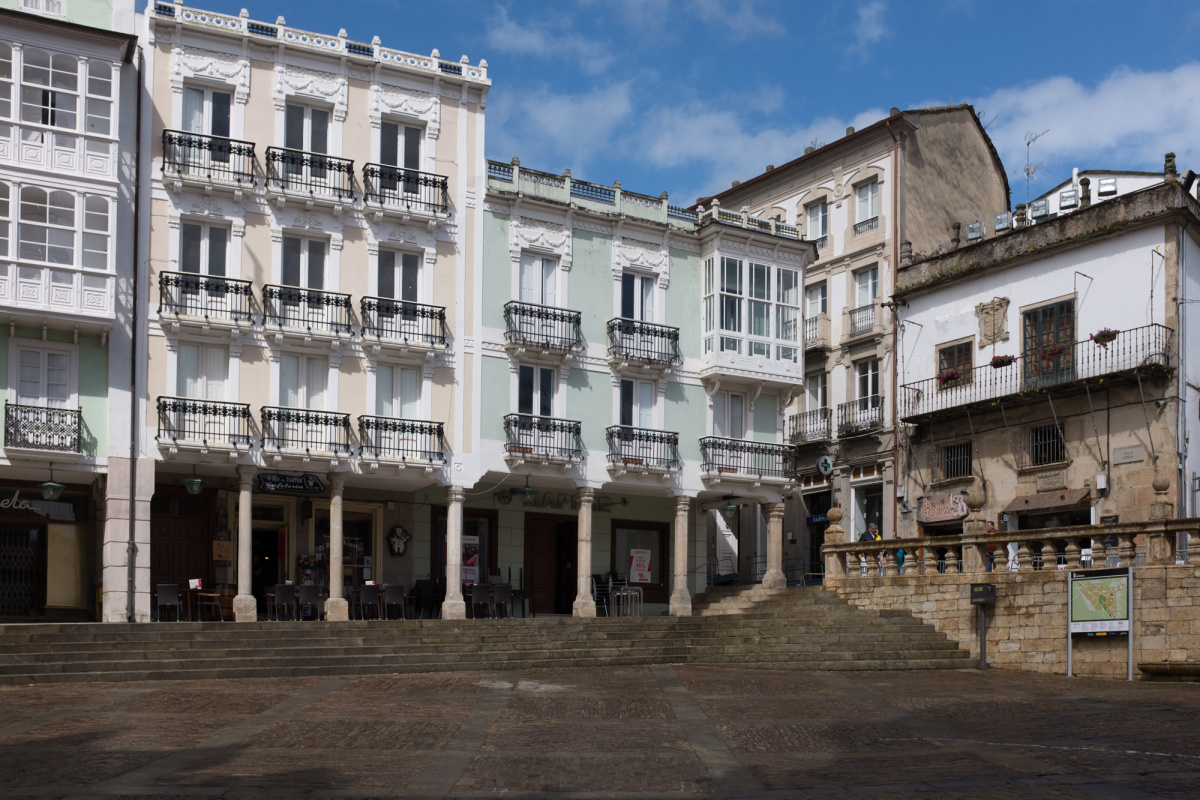 Photo of Mondoñedo on the Camino de Santiago
Previous Next