Plenty of food choices along the camino, and opportunities for shopping as well. The local swimming pool is a good way to cool down. The Museo del Queso is small and has a bit of charm, but leaves a bit to be desired after the jamón of Monesterio.

PACK WATER. The camino ahead is through remote pastures with little opportunity to refill.

The camino leaves Casar de Cáceres along the road to the north. It almost immediately turns to dirt and continues through the countryside. Along the way, you will pass beside and through walled pastures. It is a quiet stretch of road which, when dry, is rather enjoyable. It is remote, and the only signs of civilization along the way are a few farms and the ongoing construction of the AVE rail line.

You are approaching a large embalse (reservoir) and there are two large bridges which take you over two of the rivers that feed into it. The first is the Río Almonte (17.8km) and the second is the Río Tajo (3.5km). After this second crossing, the camino turns sharply uphill and to the right to leave the road. Opposite the road from this turn is the detour described below. 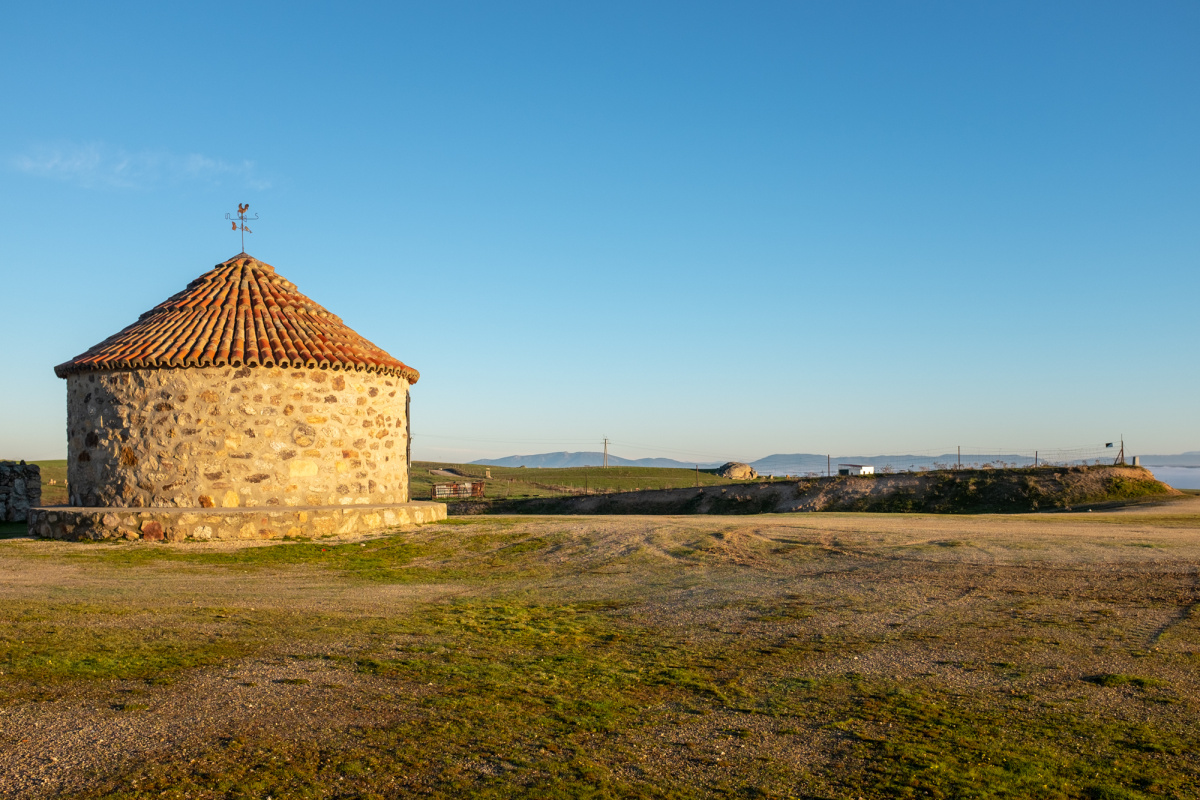 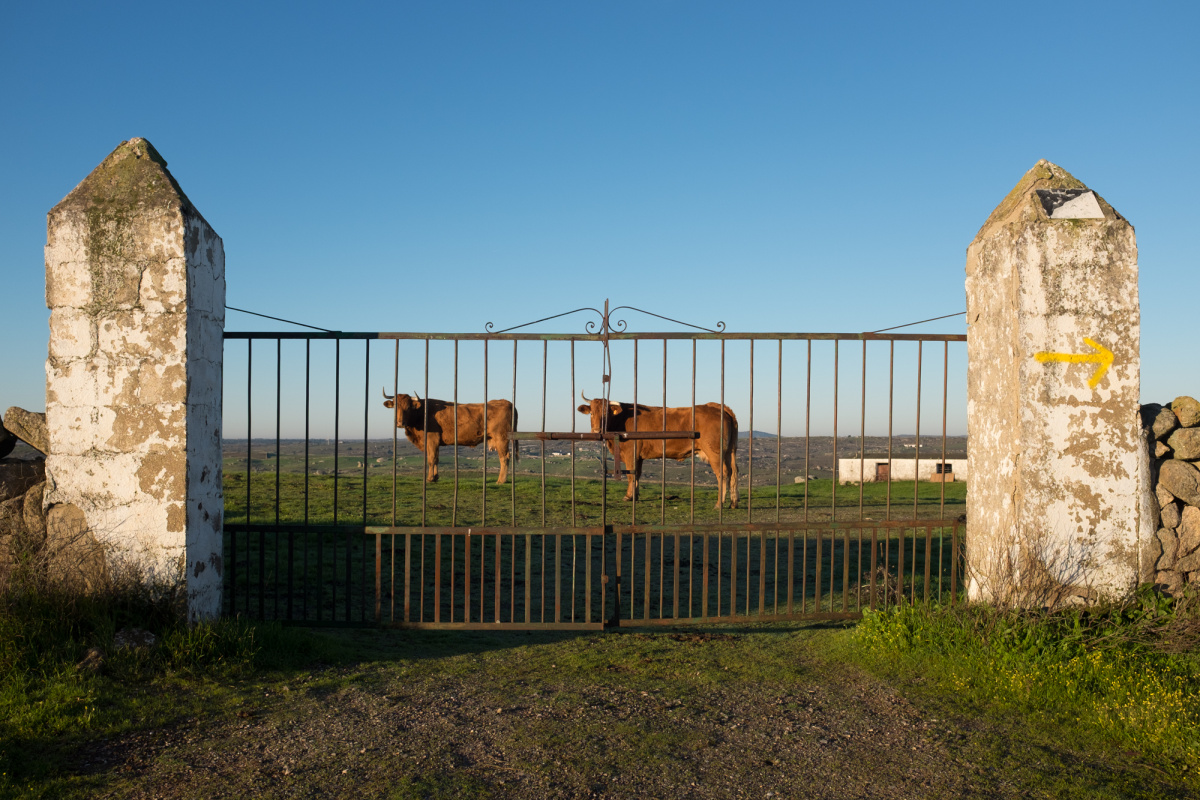 Pack at least 5 or more litres of water in summer - I ran out after 4 litres! - H.J.Appleby