It is said that the name of the town, and its prominence as a religious center, both date back to the 4th century. It was then that the Virgen appeared in the marsh (juncal) nearby. An Ermita was erected, and in subsequent centuries the Monastery was built and expanded. The monks there provided shelter for pilgrims.

After passing the church the camino turns right to follow the road towards Salguieros, but quickly leaves the road to follow a side road and track down to the Río Arnoia (0.9km). It then climbs up to A Pousa along another track which turns off from the road shortly after crossing the river. 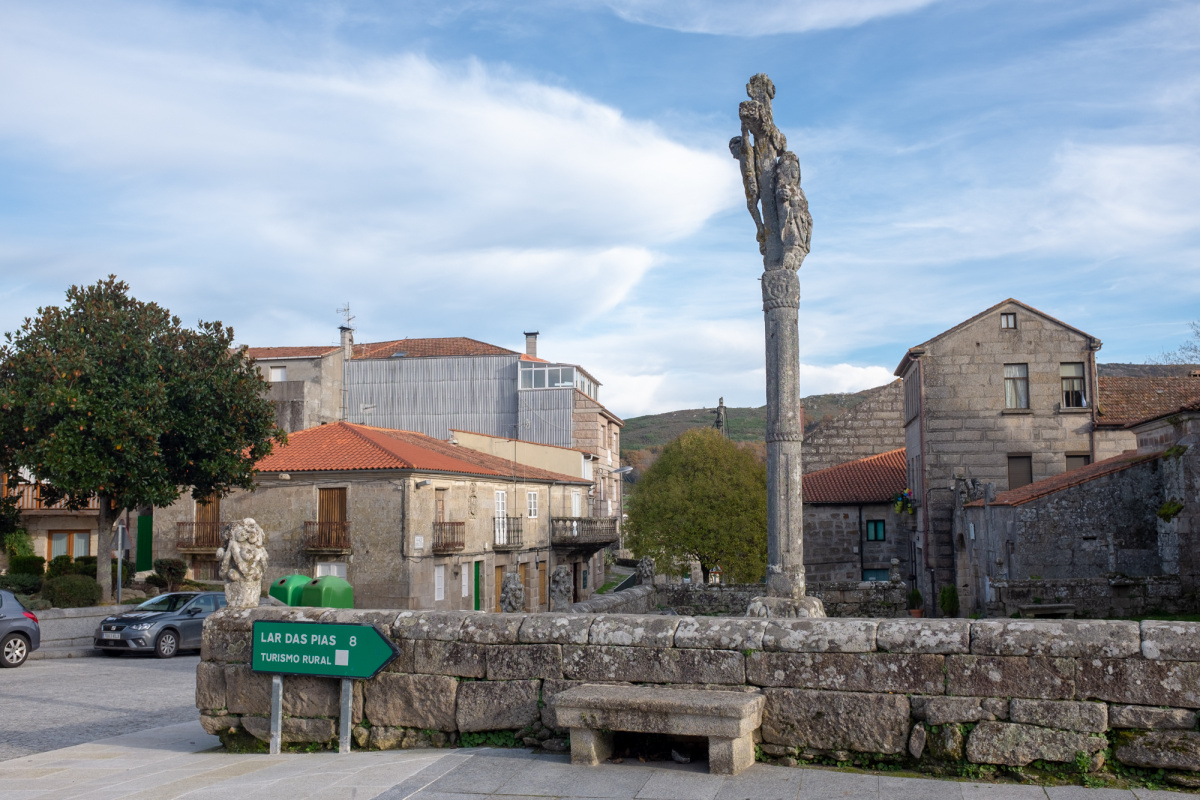