Also known as Oriente, and home to Lisbon’s bus and rail stations, as well as the furthest metro stop near the camino.

As the name suggests, it is a large park and exposition center and was the site of the 1998 Lisbon Expo. It remains a popular spot for locals and makes for the first green space to rest in since leaving the center of Lisbon.

The park here is named after the river adjacent, the Tejo. In English, you have likely heard it as the Tagus, and it is the longest river on the Iberian peninsula. The name Tejo or derivations of it (Alentejo, Ribatejo, etc. ) will be repeated over the course of the next 50km.

There are plenty of services along this stretch through the Parque, but they are all located just off the camino to your left.

Between here and Azambuja the camino is largely through industrial areas and along the road. If you planned on skipping any part, turn left here towards the Oriente train station and grab the commuter train to Azambuja; it costs about 4€, runs every 30 minutes, and takes less than an hour.

Well marked but not much to look at, the camino turns inland at Sacavém. The park ends in a parking lot and follows a wide joggers path along the canal.

You will follow this canal inland, around a heavily developed hillside along the Rio Trancao, and then back to the Rio Tajo near Póvoa. 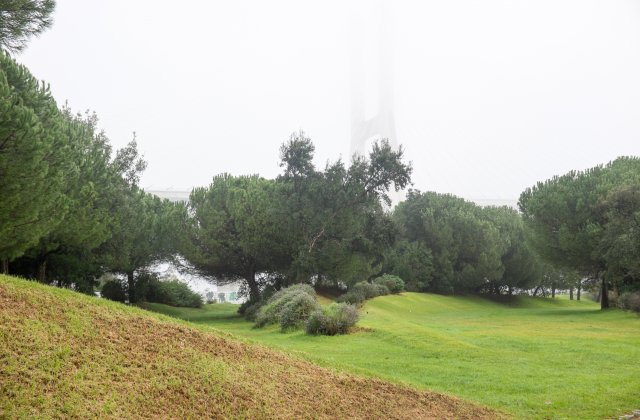