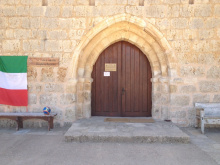 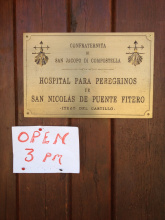 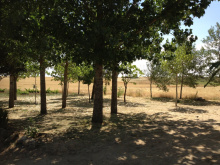 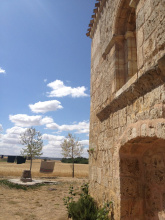 Wonderful pilgrim ‘hospital’ on the Camino. A warm welcome from the two Italian volunteers, delicious meal and an atmospheric place to sleep. My favourite spot on the Camino so far!

They were serving tea, coffee and biscuits to pilgrims when I went by earlier today

They were serving tea, coffee and biscuits to pilgrims when I went by earlier today

I stayed here last July (2017) and it was by far the worst night of the Camino... And we were not alone - other pilgrims we met also were concerned by the attitude of the hosts to those from non Italian or Spanish backgrounds. We had read others' comments and were excited to stay here. Maybe the hosts were not the normal ones? Upon entering the three Italian ladies who were in charge that night showed huge disapproval that we were English and from Anglican backgrounds not Catholic (this arose from question on a registration form). Throughout the evening they did not attempt to use our names, but instead called us numbers or "the English"... From being told we were washing our clothes the wrong way, to new arrivals being shouted at for putting their shoes/bag in the "wrong space", to being asked "Showered yet? Go now..." there was no silence or rest... Signs in the showers told you to be silent and not sing, but then even respecting this in the shower we were disturbed by the ladies shouting outside... We were assigned the spare mattresses on the floor, squeezed down the edge of the table and of course no pillows - the last of these went to guys our age. So ironic then to be "welcomed" by a ceremonial foot washing, with the hosts "robed" up. Woken in the morning with a flashlight in our faces "Move now". Even at breakfast others were offered fresh coffee - we weren't given the choice - decaf. This is not what Christian hospitality looks like.

Remarkable place, wonderful spirit, hospitalero a Luca and RICARDO extremely professional, RICARDO cures your spirit and releeves you body. Ricardo as master chef brings you back to life And ready for next day fascinated by his mastery! Thank you for what you are doing Ferreire! Asis