The Burgos bus station is in the building to the left. Follow the Calle Madrid straight on. This guide describes the route via Calle Madrid.

When you arrive at a large roundabout, take the right hand street, to the right of the the red building. After a short walk you will pass a small park to your left. Just go straight on. Soon you will find the first waymarker of San Olav. From this point, the way is well marked to Los Ausines (see details later). As you walk on out of Burgos, you will have a trafficked road out to your left (the BU-800). After a few 100 m. you will find the first marker of San Olav.

After the exit from Burgos, this is an easy walk on a plain stretch. Shortly after the namesign of Cardenadijo, you come to a small crossing. If you want a rest, take to the left and then take the first street to right to get to the only bar/cantina. 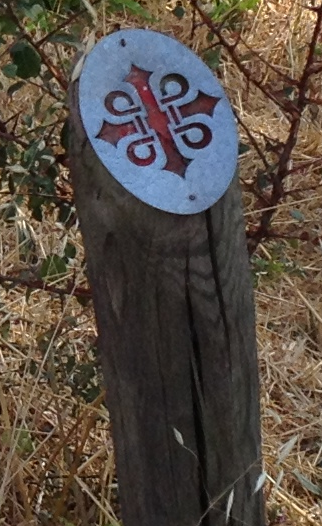 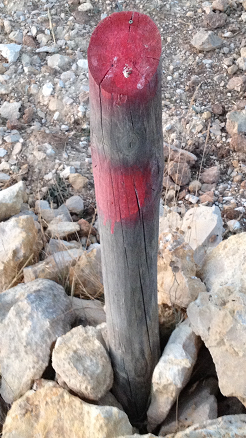 Accommodation in Burgos at the Start of San Olav Way