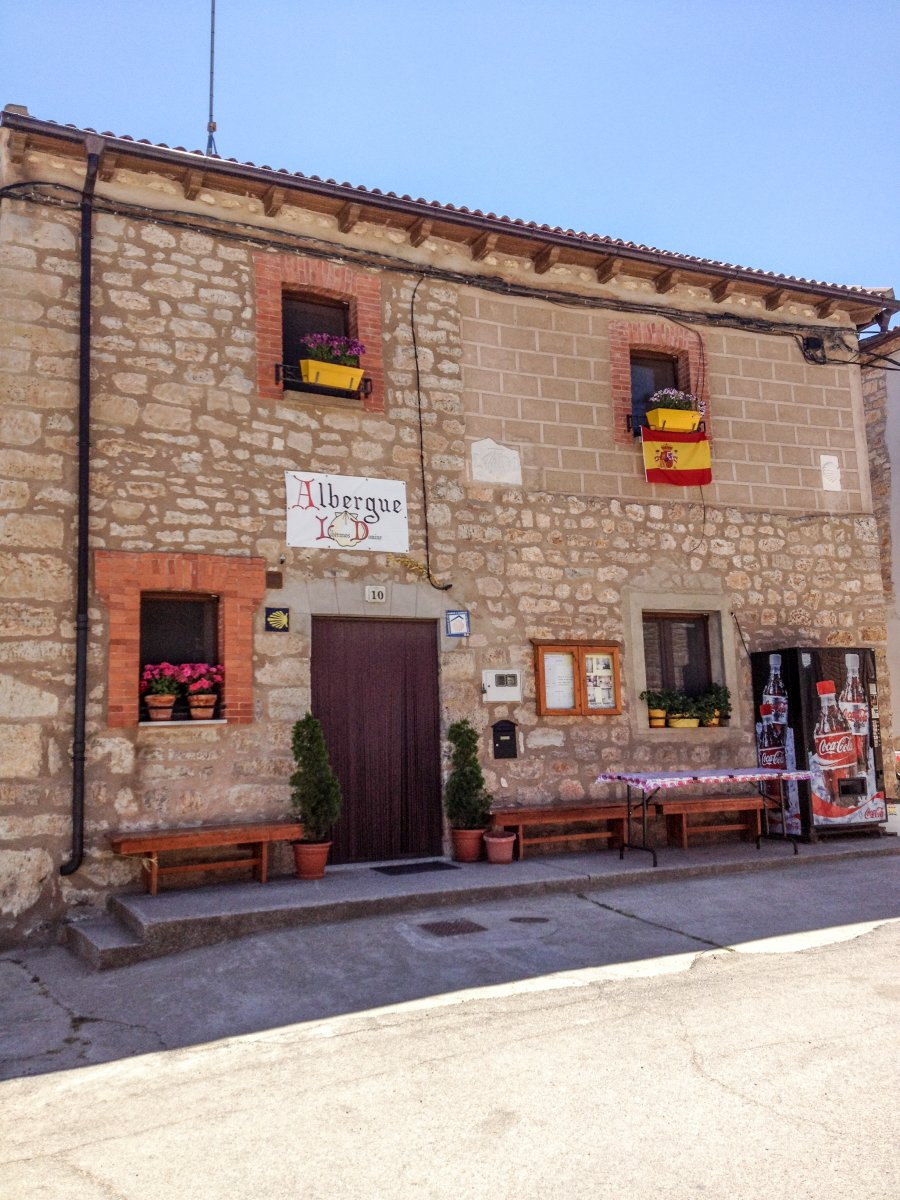 I stayed here 25th of august 2020, and I had a great experience. Very clean. I ate the pilgrims menu for only 9 euros - homemade and delicious. Would definetly recomend. Also, there is a washingmascine that you can use for 3 euros.

The hosts are so nice. I went by to stop for a drink, and the guy came out and gave me a little beautiful medaljon. I thanked him, and he later came out with a handful of cherrys, a cookie and a banana.

When I told him that I onyl had 5 euros on my wallet and therefore didn't have cash enough to stay for the night, he offered to drive me to the previous city to withdraw cash. That was so lovely of him!

The dinner was vegetarian which was nice for me. But it was quite simply. The starter soup was amazing, but afterwards we got a simple salad and tortilla. The dessert was a neutral yoghurt, which I didn't feel like having.

There was some leftovers from the tortilla, and the owner gave me the rest so I could eat it for lunch the day after. That was so nice of them. :-)

I did not eat dinner as I had left over lunch, but this place is nice. Plenty of space in the room, good bunks, 2 bathrooms with shower and another downstairs... Pretty standard breakfast, but coffee was unlimited and decent... microwave for reheating... toaster for the bread... cookies too... all in all, two thumbs up.

Very clean, very friendly host. Rooms very spacious. Lovey bathrooms and showers. No designated pilgrim kitchen but options to buy food here. The only bad thing about this place is the church bell, it’s not a real bell it’s a large speaker that simulates a bell every 30 mins, very very loud and effects any time you try to rest