While Finisterre can be seen as a popular hippy destination, Muxiá skips the show and gets straight to relaxing. Some say it is too relaxed and indeed you might be uncomfortable being able to sit for hours on the massive stones that surround the Santuario da Virxe da Barca at the far end of the cape. Give it a try though, it is one of the few places left where you can claim a bit of earth as your own for as long as you can keep your feet on it.

Near the Santuario are two more monuments, one natural and one man-made. The former is a stone known as the Pedra da Barca, it is one of several stones in Galicia that are referred to as oscillating because of their ability to rock with the wind. The latter is the carved sculpture of a fissure called A Ferida (the wound), a monolithic memorial installed to keep alive the memory of the devastating oil spill in 2002.

There are two small beaches in Muxía, both on the camino from Hospital and both fairly well protected from wind and waves. 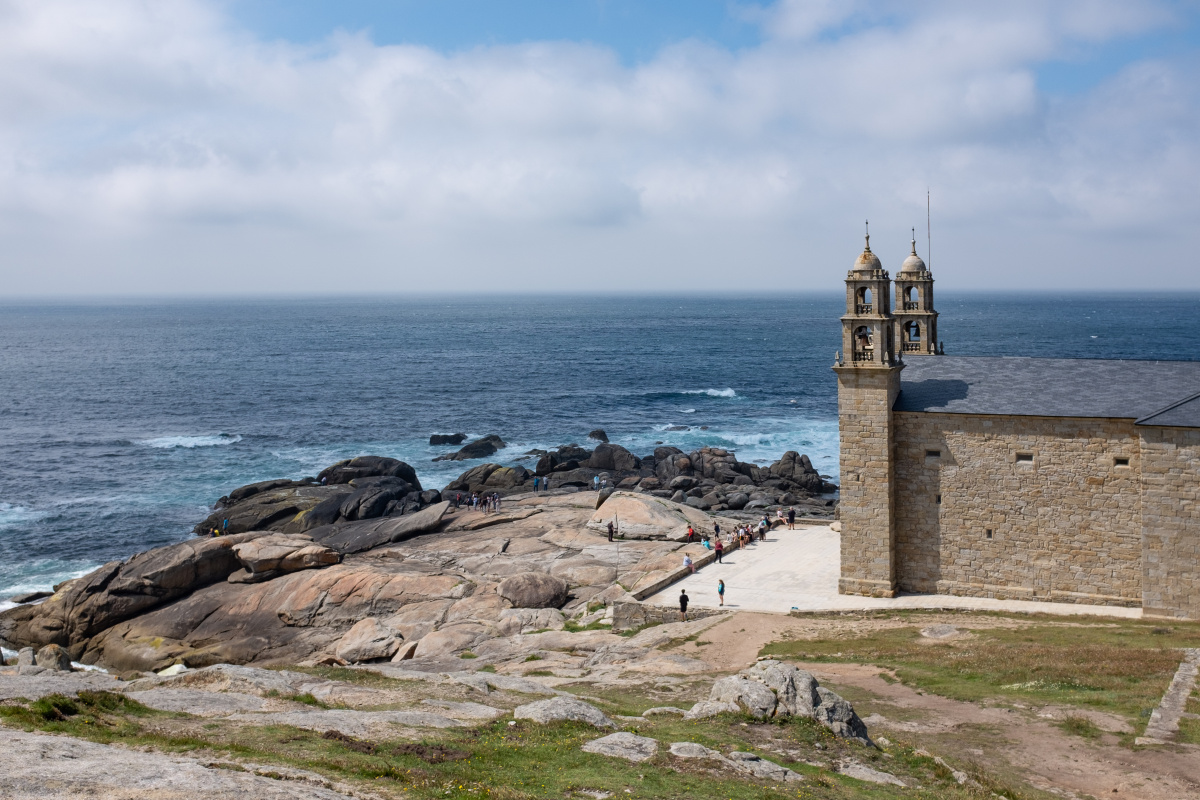 In 2018 we stayed in Habitat cm Muxia and obtained our Muxiana from reception.

The official certificate of completion, the Muxiana, is now available from the Oficina Municipal de Turismo.