León is now a fully modernized city home to more than half of the population in the province. Like Burgos behind and Santiago ahead, it is worthy of more time than the average pilgrim spends here. To explore in full would take several days, to cover the basics at least two. If you are keen to keep your feet moving every day, consider spending an extra afternoon in León and setting out after lunch for a half day of walking.

The Cathedral of Santa María de la Regla is a magnificent example of Gothic architecture whose multicolored windows are not to be missed, particularly on a sunny day when the interior is filled with light. The Virgen Blanca on the main portico is a reproduction, the original is in a chapel behind the main altar. You'll also notice that quite a few sculptures have been removed for restoration. The Church of San Isidoro is the other not to be missed church; it houses the relics of San Isidoro and is the site of the Pantheon of Kings where 23 of the Leonese monarchy are resting.

Fans of Gaudi will not want to miss the Casa de Los Botines just a short stroll from the Cathedral, and perhaps capture a selfie with a bronze statue of the architect seated on a bench in front. Every service imaginable can be found in León. The best food and the liveliest crowds can be found in the Barrio Humedo, a twisted knot of narrow streets near the Plaza Mayor whose name implies that the drinks are overflowing. The region of León is unique in Spain as the only one that produces hops for the production of beer. A few new breweries have appeared on the scene in recent years (Four Lions is recommended) and most produce a local beer known as Zerep. As you walk around town you will notice several types of plaques embedded in the pavement. One is the impression of the left foot of a Roman soldier and marks the boundary of the original Roman settlement and wall. The other, seen closer to the Plaza Mayor, is a symbol of the peninsula and bears the Hebrew word ספרד which translates as Sefarad, the Jewish name for Spain. It was that Jewish population that was expelled from Spain under the Alhambra Decree in 1492. The marker indicates the start of what was once the Jewish barrio of León.

Leave León by way of the road behind the Parador San Marcos. While facing the Parador cross the square to your right and follow the path around the building. Arrows dedicated to the San Salvador route will appear, as well as a fairly unique mojon. 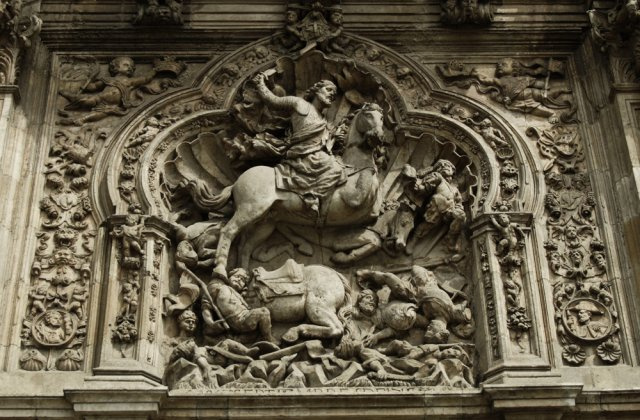 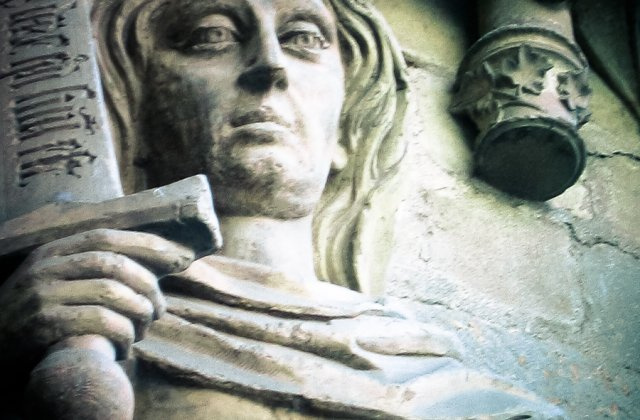 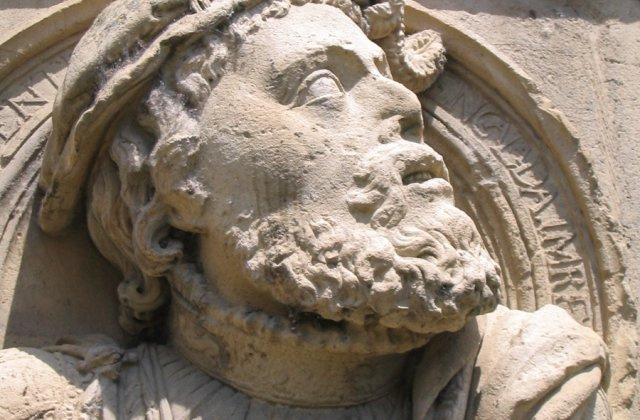