Baños derives its name from the abundance of water that flows from the surrounding mountains, and from the thermal waters that spring up here. If you fancy a splurge, head to the balneario for a soak. The mountains are a blessing for the locals, who enjoy a temperate climate because of them. Unfortunately for pilgrims, the same mountains stand in the way of northern passage.

From Baños the camino begins its climb to the Alto de Béjar. It begins along the old Roman road on the east side of town, avoid the temptation/mistake of following the N-630 (though that will get you to both the alto and the Albergue El Solitario). The climb to the alto is fairly steep, but less than 3km. 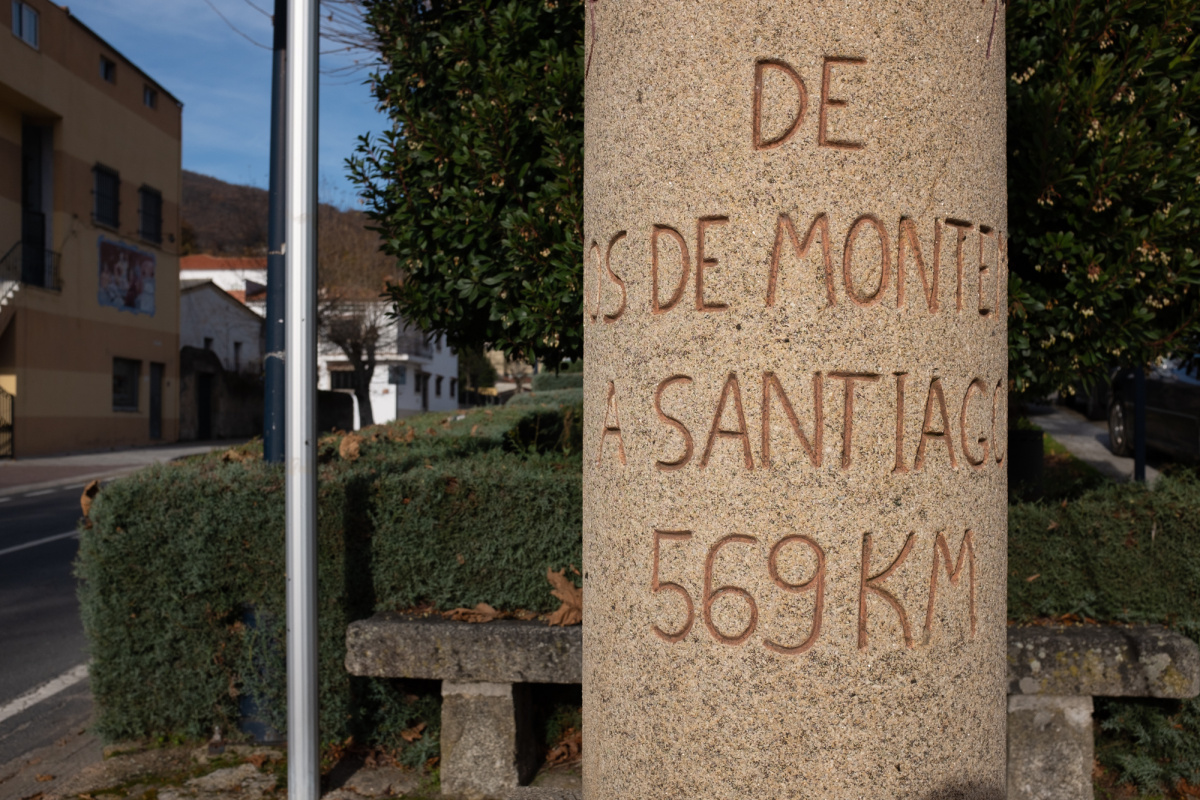 Photo of Baños de Montemayor on the Camino de Santiago