Oseira is hard to miss for the looming and massive Monasterio de Santa María de Oseira. It is well worth a visit. Built in the 12th century it was originally a Cistercian order of French monks. They stayed a surprisingly long time but like nearly every other religious order they were turned out by the Royal Order of Ecclesiastical Exclaustration of 1835. It took nearly a century to pass before the Monastery was again occupied, this time (and still) by Trappists (Cistercians of the Strict Reform).

The way out of Oseira is not along the road (though cyclists may prefer it for the more gentle grade) but rather up a steep track adjacent to the road with the restaurants. 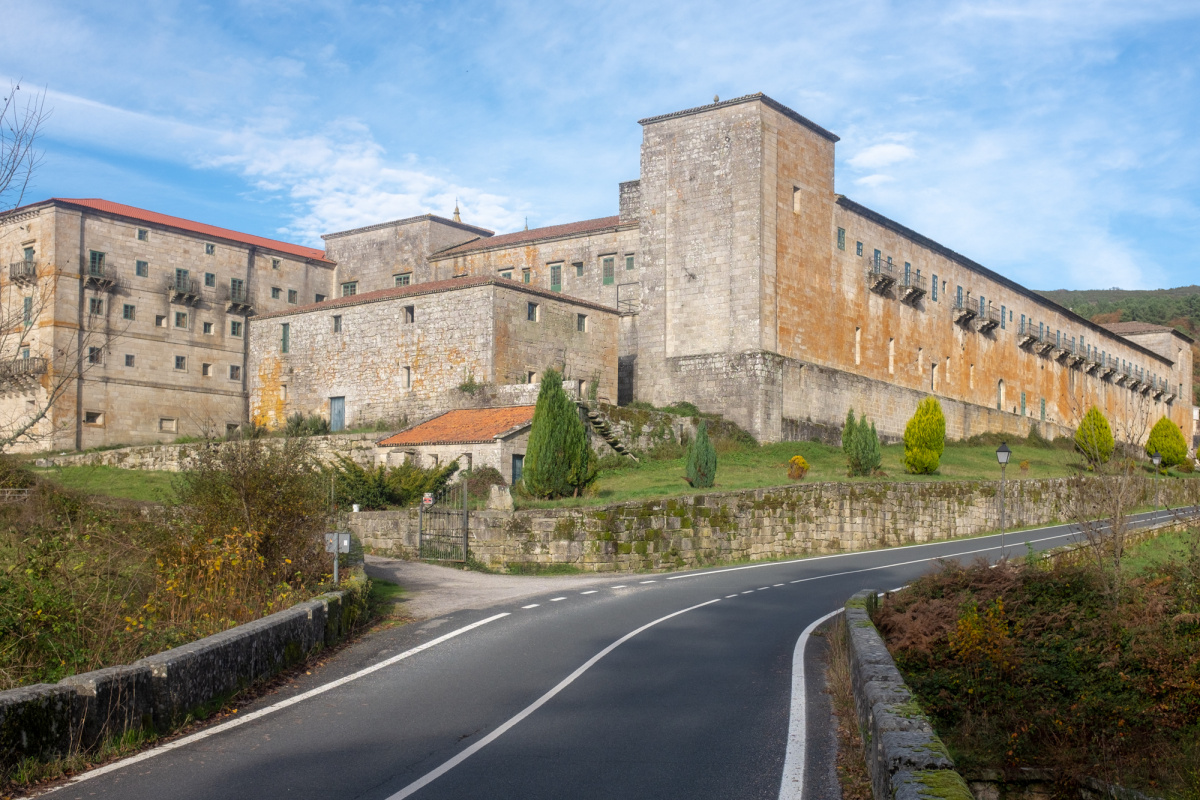 Photo of Oseira on the Camino de Santiago