Almost everything there is to see or do in Salas is centered around the Colegiata de Santa María la Mayor, a 16th century church whose patrons also built the nearby Palacio de Valdés Salas. The tower of the Palacio is now a museum for pre-Romanesque pieces.

The Romería del Viso is held on the 15th of August.

Salas is the setting for the dramatic capture in the year 1586 of Bartholomeus Cassanu, an Italian pilgrim and habitual thief. Having successfully stolen from a Church in Zarautz (on the Camino del Norte) he tried to repeat the effort in Salas. Unfortunately for him he was caught with the loot in hand and sent before the judge. No leniency was granted to Bartholomeus. He was first hanged, then quartered, and finally displayed along the camino.

To exit town, carry on under the archway and up the road. There is a fair amount of climbing ahead of you. The climb meets the road at El Llanón, which is easy to miss as its infrastructure counts for little more than an abandoned factory along the road. 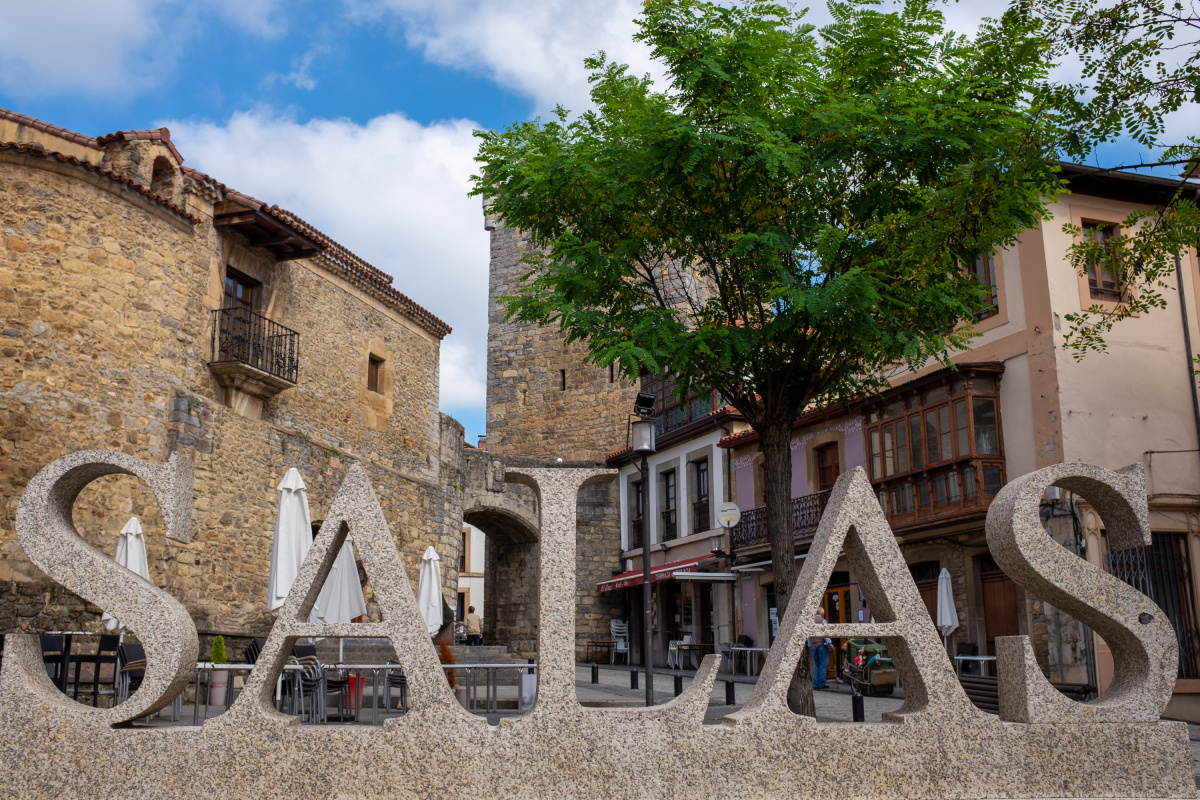