Lugo is the capital of the province of Lugo and one of the most populated cities in Galicia. The once defensive ‘muralla’ that surrounds it was built by the Romans in the 3rd century and is as tall as 15 meters in parts. If you have not had your fill of walking, make your way to one of the many staircases or ramps (one directly in front of the Cathedral) and enjoy an elevated view of the city from the pedestrian path that encircles the old town. It is over 2km long, has 71 towers, and counts 10 gates.

There is a stretch of 10km west of Lugo without any services for pilgrims. Stock up before you leave.

During the last weeks of June, the city celebrates Arde Lucus or Burn Lugo. The residents dress in full Roman regalia and celebrate Lugo's origins. If you are lucky enough to pass through at this time, allow for an extra day to take in all of the activities, but be advised that the celebration draws a crowd of people nearly a half a million strong and book your room early.

As is the case with most places dating back to the Romans, the actual origin of the name Lugo is not clear. Some argue that it is named after Lugos, the God of Light. However back when the Romans were first conquering these parts (13 B.C. ), it was called Lucus Augusti, and some argue that the name comes from the Latin Lucus, or sacred grove. When gods and topology vie for the namesake, nobody wins.

The walled city is obviously well placed, perched high above the three rivers (the Minho, Rato, and Chanca) that provide for natural boundaries. Its prosperity survived for many centuries but it was abandoned by the middle of the 8th century. A slow revival began and by the middle ages, the pilgrimage to Santiago had once again brought prosperity to the region.

Fueled by agriculture it has continued to grow right up to the present day and now covers an area much larger than the Romans had envisioned.

The camino leaves the walled city at the gate opposite the Cathedral and proceeds downhill along the Rúa de Santiago. Halfway down the hill it bears right onto the Rúa Calzada da Ponte. It crosses a divided boulevard and descends all the way down to the río Miño.

The Ponte Romano carries you over the river and once on the other side, it turns right to follow along the river bank. After passing the Iglesia de San Lázaro it turns up to the left and follows the road to pass under the N-540. There is one more large intersection ahead and it is a simple matter of crossing straight over it. From here you will follow along the paved road, the LU-P-2901, all the way to San Román de Retorta.

Landmarks along the way include the Santuario de Santo Matías and the hamlets of Seoane de San Xoán do Alto 92.2 and Carrigueiros 90.7. 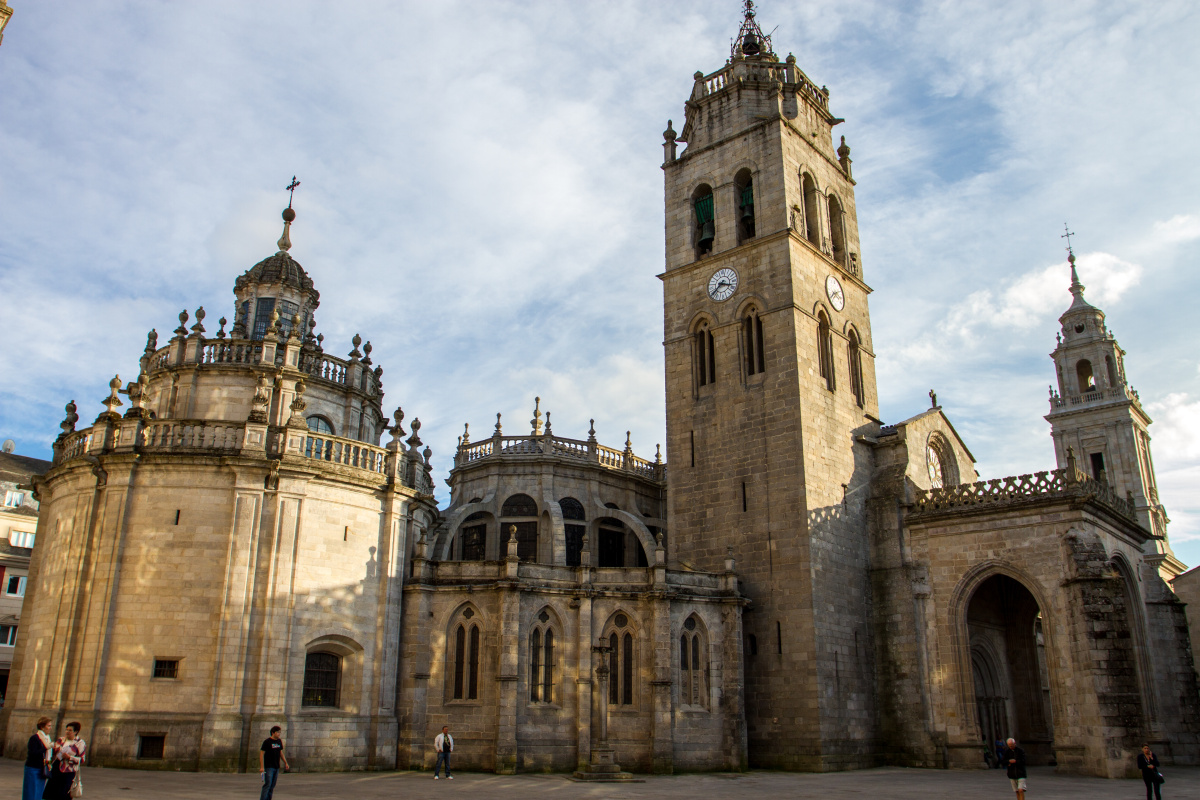 Photo of Lugo on the Camino de Santiago 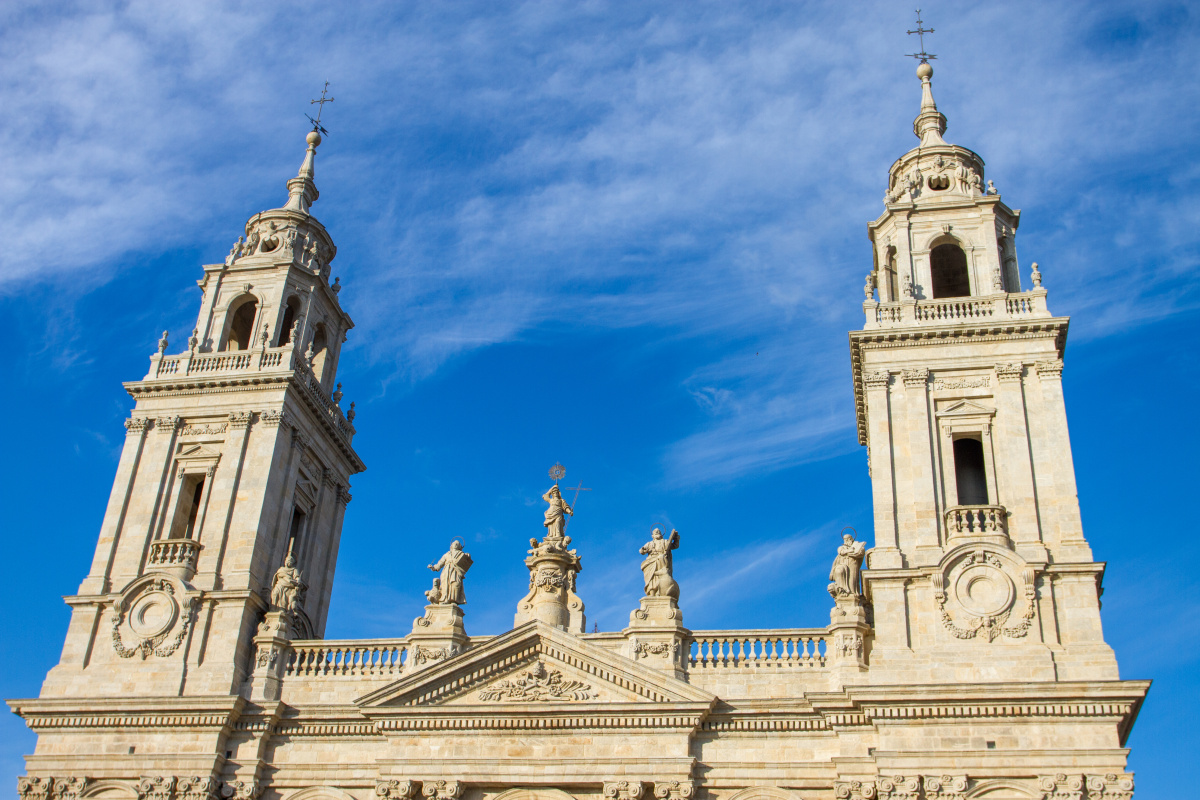 Photo of Lugo on the Camino de Santiago
Previous Next