Combarro might just be one of the most charming and quintessentially Galician villages on the whole coast. Fishermen have worked these seas for centuries, and the horreós that line the coast (and which appear to hover just above the waterline) were used to dry fish as well as grain.

The town is small and compact and the camino does not actually see the best parts, to get to them keep going straight where the camino turns uphill to the right to join the road.  It would be hard to get lost in Combarro, but if you do deviate from the camino be aware that there is another variation whose arrows might lead you very much astray.

The Variante Espiritual crosses the road and immediately begins its ascent of the Monte Redondo. The climb varies in intensity from extremely steep to gently rolling and back again. Go gently. 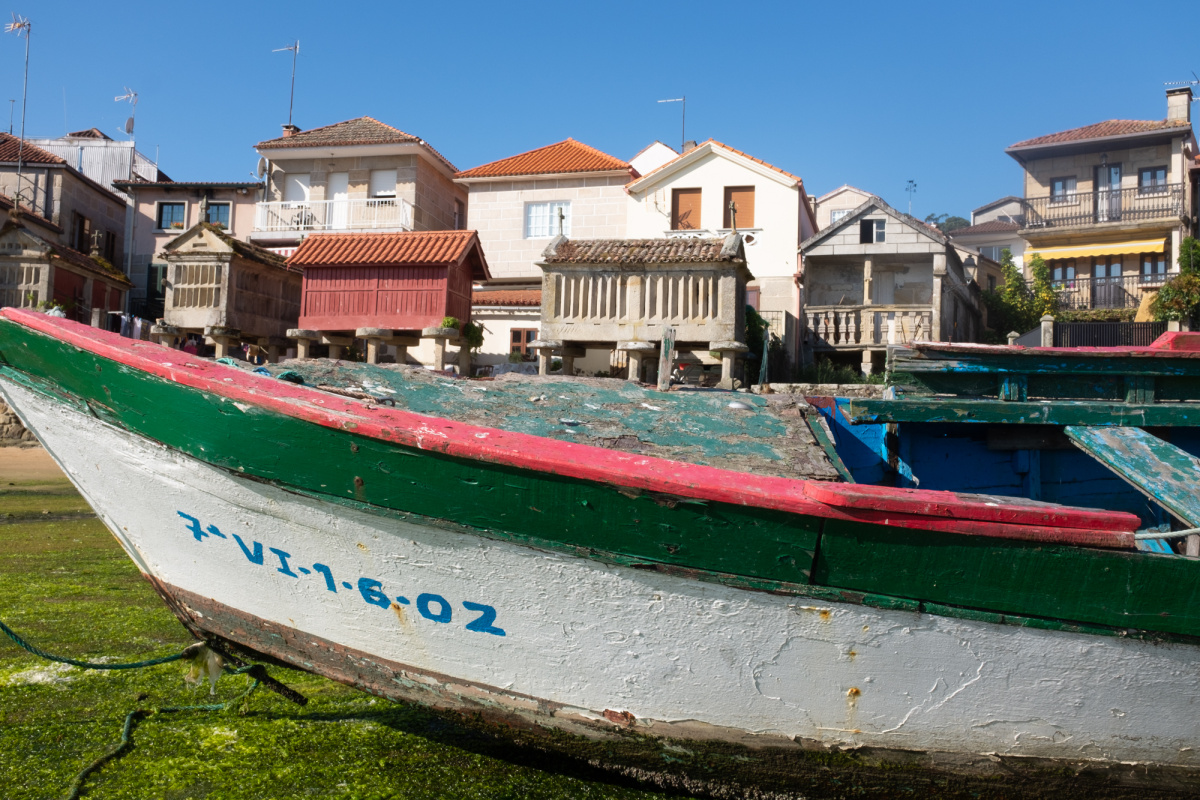 Photo of Combarro on the Camino de Santiago