And another disclaimer — The Olvidado/Invierno combination is my all time favorite camino. So don’t expect balanced and objective information from this peregrina!

As always, the first task is to get yourself to Bilbao and get oriented. There’s a great airport bus, but of course that’s to be expected since you are in Spain. I don’t believe the tram goes to the airport, but the bus will drop you off at the station if you are going to a place served by the tram. But I just got off at the main stop and crossed the river to get to the old town where my pensión was.

Bilbao, in my mind, is kind of like the Pittsburgh of Spain. Back in the 1970s when I was studying in Spain, it was a place to be avoided — dirty, polluted, industrial. Then came the EU with its money for environmental cleanup, then came the Guggenheim, and voilà, Bilbao was reborn. Just like Pittsburgh! (minus the EU and the Guggenheim). I assume there will be lots of first hand recommendations of where to stay in Bilbao. I have stayed in a couple of places on different caminos.

My two favorites — I like the Pensión de la Fuente for its central location, family run and homey feel. Another very similar place where I’ve stayed a few times is the Iturrienea Ostatua. Both are well located in the old town in old buildings with ancient elevators, creaky wood floors, large clanging metal keys.

There is no shortage of things to do in Bilbao. Walking around the casco histórico, the cathedral, and the late 18th early 19th century gracious modernist neighborhoods (reminiscent of the Serrano area in Madrid, IMO) are all not to be missed. And you really should allow yourself the joy of having pintxos in the old town, as many times as possible. They are AMAZING!!!!!

The Guggenheim, well of course you have to see it, it is on the river and the promenade is one of those unmissible snapshots of Spanish life. Whether you want to go inside is up to you. I have been inside twice, and that’s more than enough for me. The room with a special “sunflowers” exhibit was a series of vases with sunflowers that had been dipped in lead, that pretty well sums it up for me, but then I am not a well educated contemporary art person. The Museo de Bellas Artes is much more my style. It is close to the Guggenheim, and spans a wide range of styles. The link I posted shows you some of the “obras maestras,” most famous works.

So for those of you who are new to this format, what we typically do is invite comments and questions about the post of the day. I will be back in three days to post the first walking stage, but for now we should focus on the beautiful city of Bilbao.

The main festival of Bilbao is known as La Semana Grande (though you will more likely see posters for ‘Aste Nagusia’); it celebrates the Assumption of Mary on the 15th of August. The 9-day celebration kicks off the following Saturday.

Though settled by the Romans, the modern city of Bilbao didn’t really take root until the 14th century, alongside the majority of cities along the Basque coastline.

Within a few centuries iron ore would be discovered in the mountains nearby and the city would achieve a level of industrialization unseen anywhere else in Spain. That growth lasted through the civil war and it wasn’t until the 1980s that globalization began to put the economy in a bind. The government reacted quickly, and the economy driving the city as you see it now is fueled by the service industry.

The departure from Bilbao has changed since I walked the Olvidado from Bilbao in 2014. It now continues along the river past the Guggenheim and splits from the Norte when crossing a small tributary at Puente del Diablo. Comparing some wikiloc tracks, I am virtually certain that the new Olvidado route no longer passes in front of the municipal albergue. If you choose to stay in the albergue, though, the old route will get you on the camino within a few kms.

The first day, no matter how many kms you walk, you will be on pavement virtually all day. Pavement extends pretty much the whole way into Balmaseda (about 37 km from Bilbao). It isn’t unpleasant, though, and the camino goes through some very large parks. The path is usually on a bidegorri, the Basque word for a bike/walking path. It is pleasant, flat, nothing too strenuous. Lots of big old stone homes with flower boxes filled with red and pink blooms. No shortage of places for coffee/food.

Alonsotegui/Alonsotegi is 11 km out of Bilbao. It has an Agro-Tourism place that looks nice, Agroturismo Ordaola.

And if that’s too short a total distance for your first day, it’s easy to add a few kms with some walks in the area after lunch. In fact, some kind person gathered a whole bunch of paseos (strolls, not hikes) near Alonsotegi and you have a lot to choose from.

Balmaseda is about 12 km beyond Güeñes for a total of 37 km. Hotel Convento San Roque. Very pleasant town. 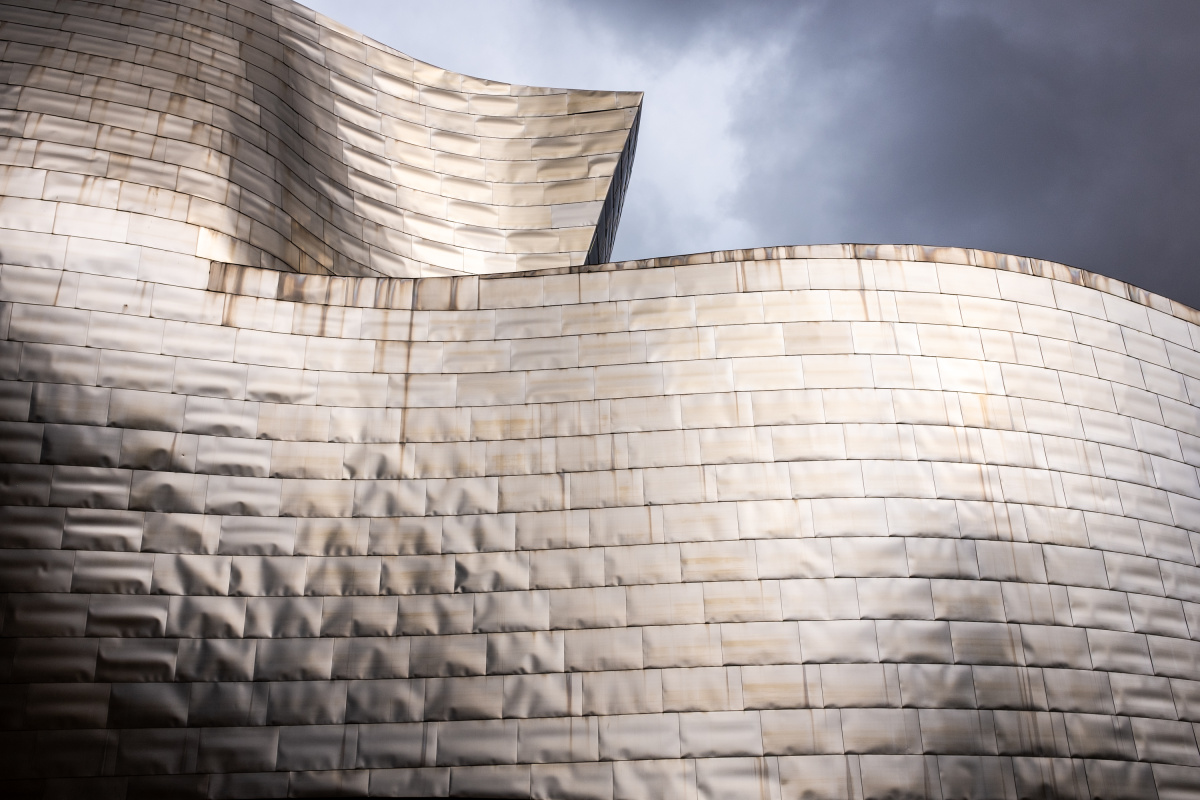 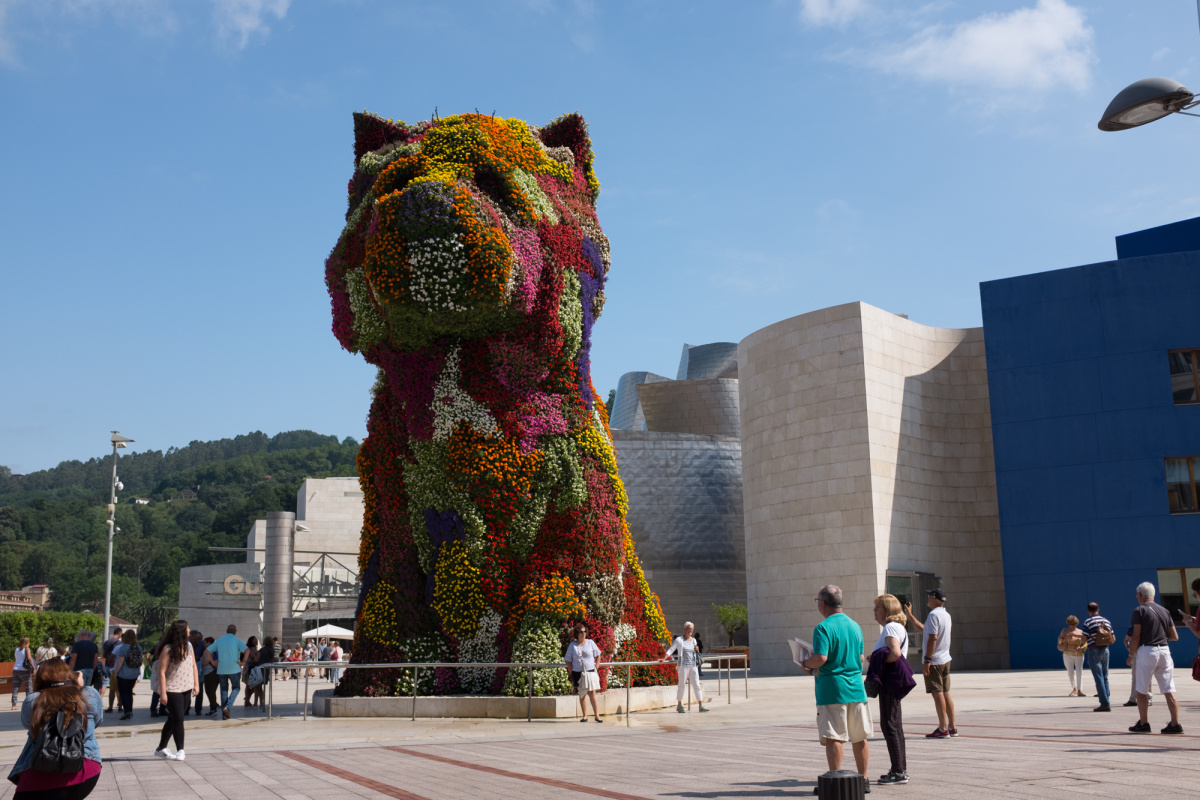 Accommodation in Bilbao at the start of the Olvidado

The same great content and more in your pocket, the most up-to-date guidebook to the Camino Olvidado available.