There are a few bar/bakeries and a pharmacy on your right as you enter the town, the former serve up Torta de Aceite, a type of flatbread that is both delicious and unique to the area.

San Isidro (not to be confused with Isidoro) is celebrated on the 15th of May.

Passing through Tardajos, along the shortest path possible, the average pilgrim would be forgiven for overlooking its historical significance.

In fact, Tardajos lies at the intersection of the two primary and ancient trade routes that bisected this land. It was once a walled city and had three magnificent churches. Only one, the Iglesia de Santa María, remains.

Tardajos, like Rabé de las Calzada (ahead), also had a castle on a hill.

The camino departs from the main road in Tardajos and from here you won’t return to anything resembling a busy road until Frómista, do not be tempted to keep on the main road but rather cross the street and pass through the village. 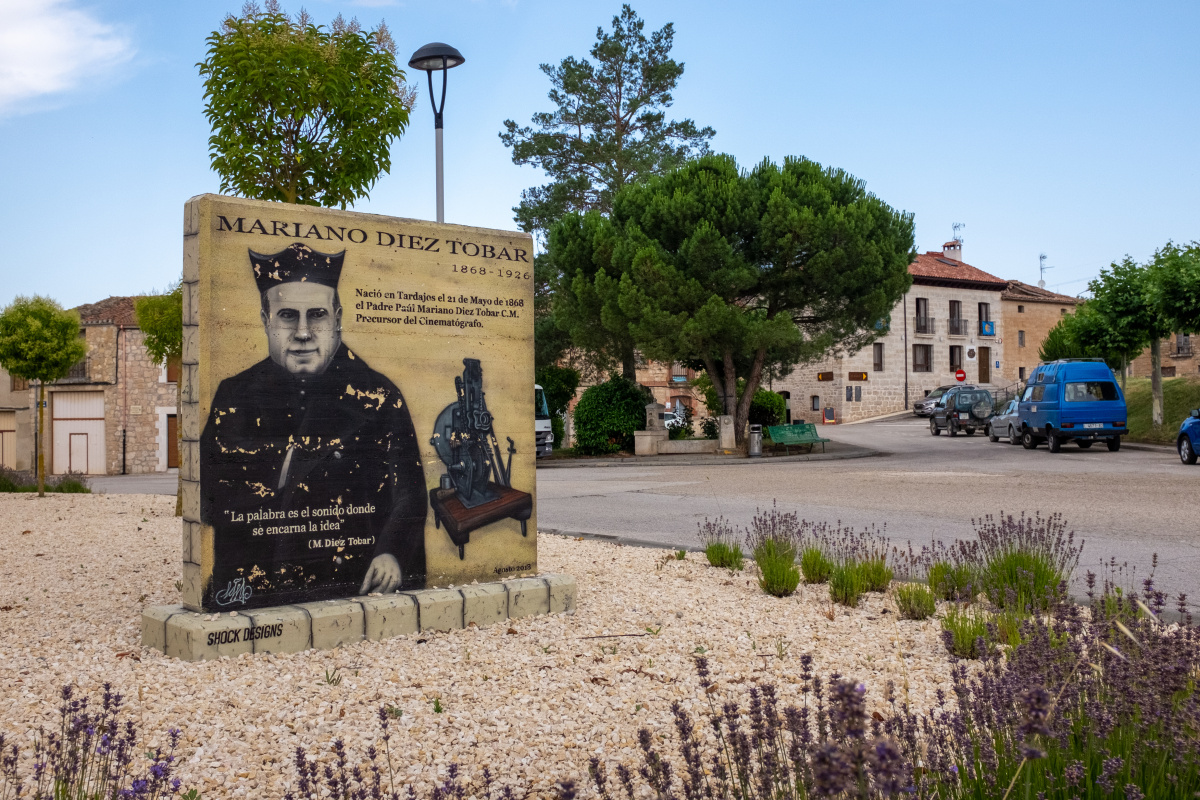 Photo of Tardajos on the Camino de Santiago