The highlight of the town is the Catedral de Santo Domingo de la Calzada and its gothic henhouse.  Santo Domingo is buried there as well, fittingly, in the middle of the road. The only remaining tower (of the original three) is detached and is located across the street.  This is a rarity in Spain, particularly for a building of such importance, and the location was selected as the nearest place where a suitable foundation could be built. Tours are available.

The Feast day of Santo Domingo is celebrated from May 1st  to the 15th, but the celebration really gets going on the 10th. This is quite a celebration indeed, and the feasts themselves include a tremendous quantity of meet followed by all-night processions through town.

There is also a medieval market, held from the 4th to the 8th of December.

“Santo Domingo of the Road” is named after a local monk (Domingo of Viloria) who dedicated his life to the care of pilgrims. In particular, he focused on the engineered elements of the way, building roads and bridges to improve the quality of passage. It was he that built the original bridge over the río Oja on the outskirts of town.

The town is also the setting for the miracle of the “Hanged Innocent.” The same miraculous story is told in various parts of Europe (Toulouse, France and Barcelos, Portugal), and the miracle is confusingly attributed to either Santiago or Santo Domingo depending on the telling. It centers around a family of German pilgrims who stopped to rest in Santo Domingo.

When their young son refused the romantic advances of the innkeepers daughter she laid a trap. She stashed a piece of silver from the church in his bag, and made sure to notify the authorities. He was charged with theft and sentenced to hang. These being medieval times, the body was left to hang for weeks as a warning to others. His parents meanwhile, mourning their loss, finished their pilgrimage to Santiago.

Returning through Santo Domingo de la Calzada, they stopped to visit their son (a fairly morbid visit given his state) and were astonished to find him alive and well, though still hanging. His weight had been supported by one of the saints. His parents knew a miracle when they saw one (apparently, the rest of the townspeople did not) and went straight to the officials to report that he was alive. Incredulous, one of the officials replied that the boy was no more alive than the chicken he was roasting; whereupon the miracle continues with the reanimation of the chickens which took to their feet, clucking and squawking.

The town never forgot the miracle, and part of the gallows remains on display in the Cathedral transept over the Saints tomb. Descendants of the original chickens are kept (alive and well fed) in a coop in the west transept.

Leaving town you cross over the mostly dried up río Oja. The bridge is a rebuilt version of Domingo’s original. 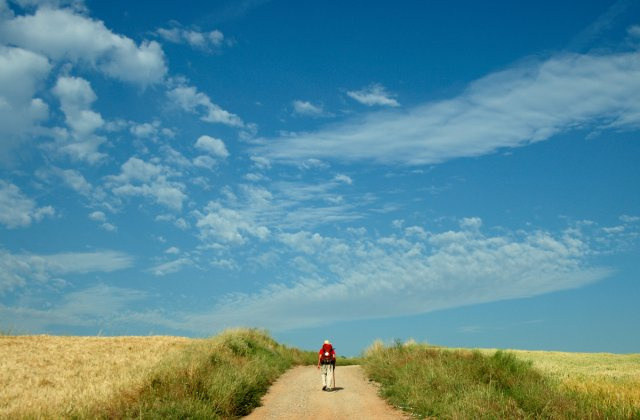 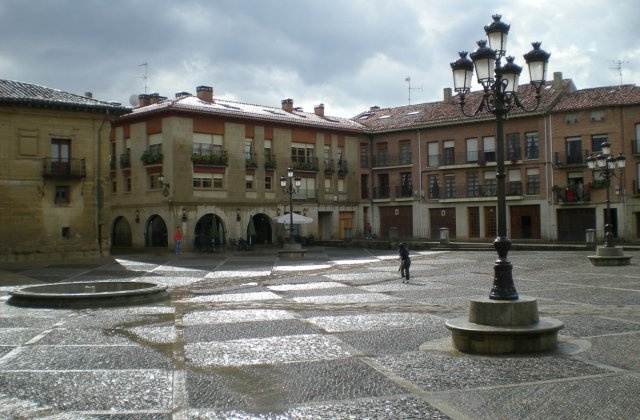 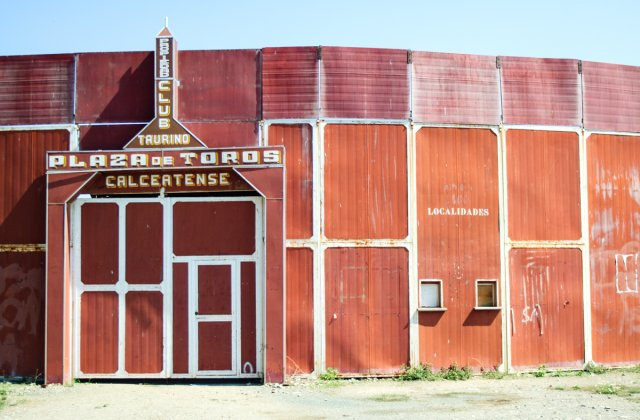 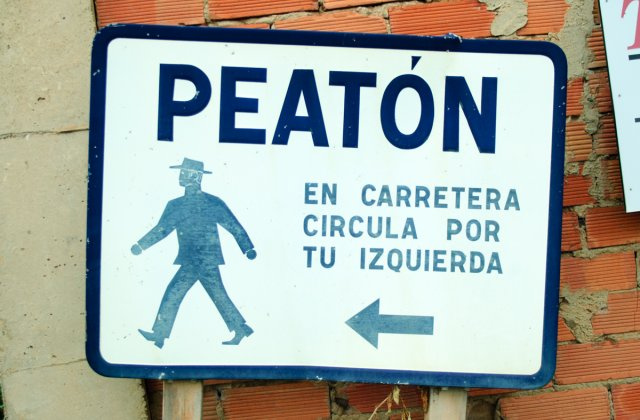