The monastery has been partially rehabilitated into an albergue for pilgrims, and it is here that pilgrims were served garlic soup by the monks; a tradition that continued up to recent times. If you have never spent the night in a room full of pilgrims that have eaten garlic soup for dinner, you have not lived.

The church has been restored and is a popular place for weddings. Twice a year (the 20th of March and the 23rd of September, both equinoxes) at around 5pm, light shines through one of the windows to illuminate one of the capitals, moving from the Anunciation to the birth of Christ.

This is one of the notable cases where the first bar is the better of the two; it is newer and appears to have won the hearts of most pilgrims.

Ignore the information board when leaving San Juan de Ortega. It is incorrect and may trick you into taking the wrong road to Castañares. Continue straight along the camino that heads back into the forest.

The communities surrounding San Juan holds a romería (a small pilgrimage) to the church every 2nd of June.

Contrary to popular belief, the village is not the birthplace of San Juan, he was born 20km away in the town of Quintanaortuño (north of Burgos). He was the disciple of Santo Domingo, and together they built many of the roads and bridges between here and Nájera. He earned the name Ortega, which derives from nettle, by building a hospice here and another in the forests between here and Villafranca.

His dedication to pilgrims en route to Santiago is a direct result of his own pilgrimage to the Holy Land. During his return journey, his ship was wrecked, and a promise was made by Juan to San Nicolas de Bari (himself a benevolent Bishop in Turkey and the model for present day Santa Claus). Juan would, in exchange for safety, devote himself to pilgrims. Back on dry land, he chose these mountains as his base; they were notoriously dangerous at the time, being both confusing to navigate and thick with thieves.

The hospice he built here grew to be a full monastery and attracted the attention of nobility, which placed it under the protection of nearby the Catedral de Burgos. Neglected for centuries, it is now undergoing a remarkable restoration and accurate replicas of the intricate stonework can be viewed up close. 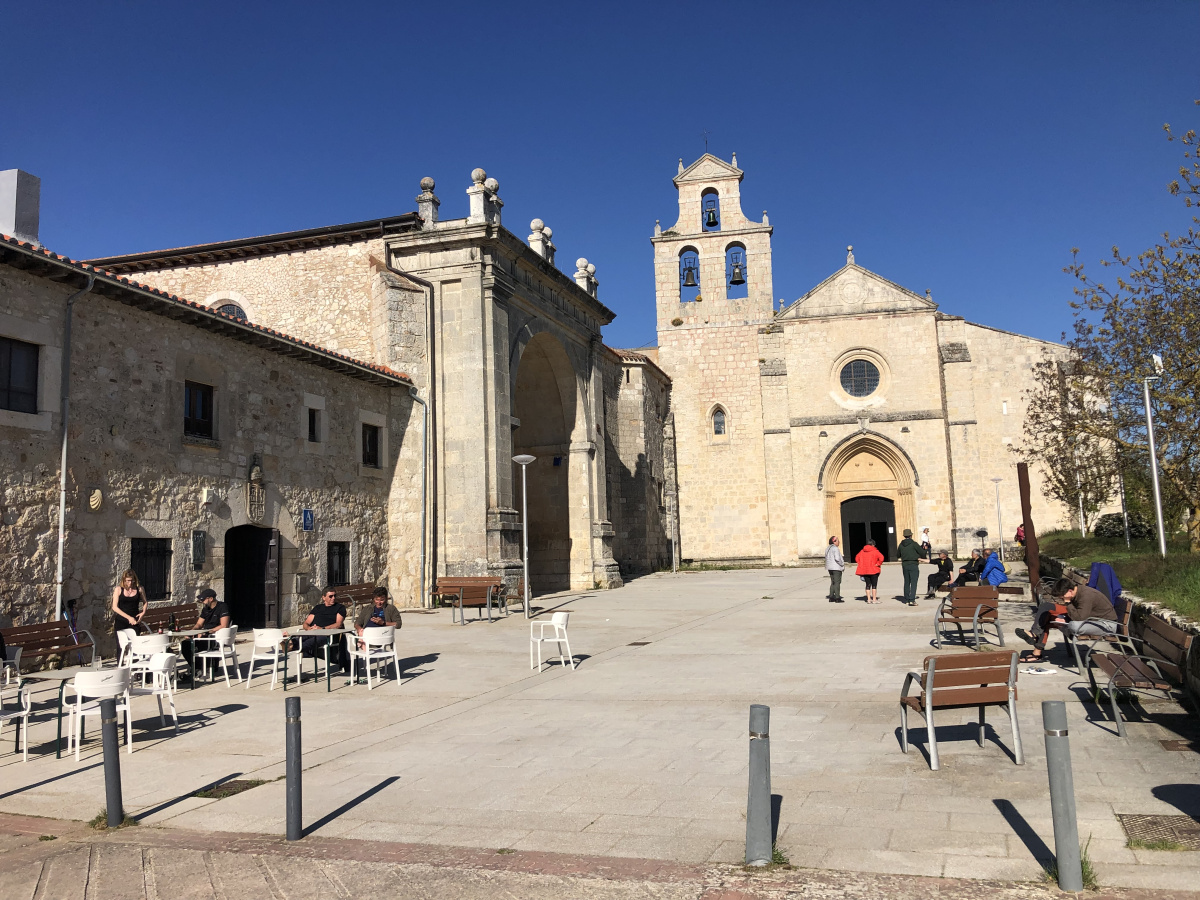