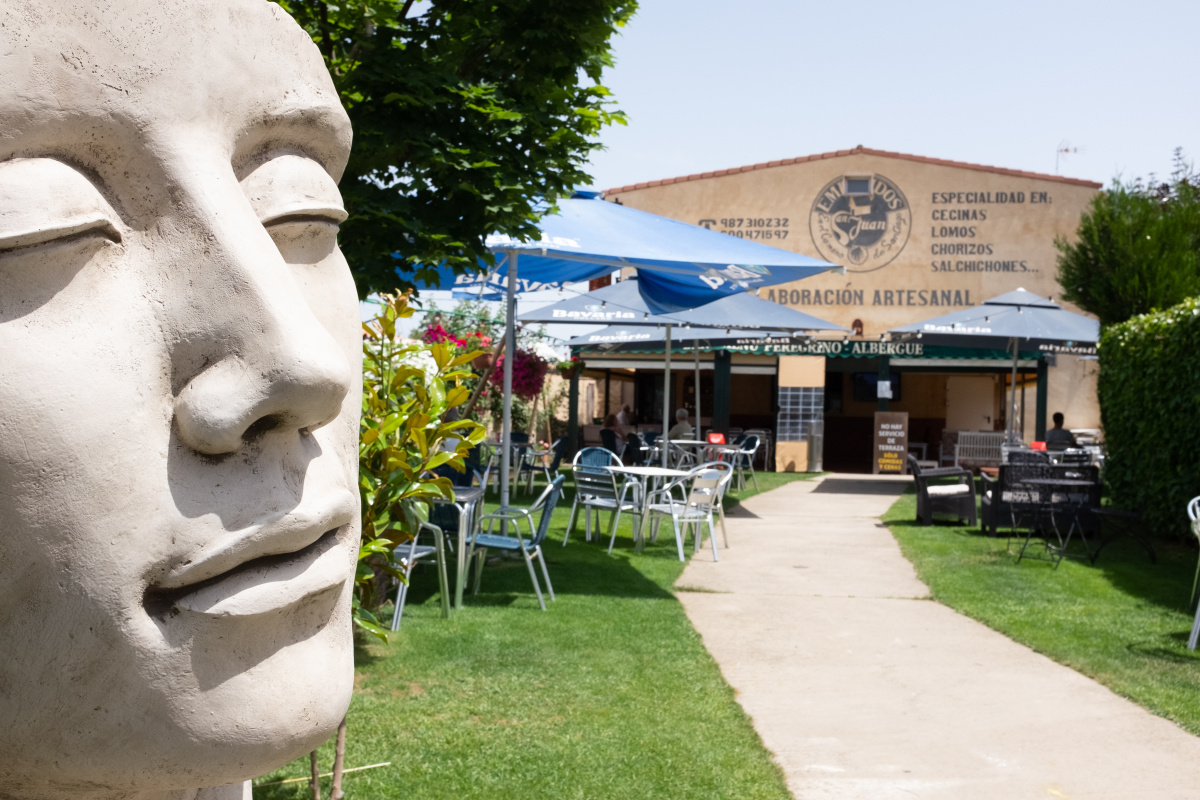 The hosts were extremely nice and accommodating the bunk styled sleeping quarters were clean and comfortable, the bar staff and restaurant menu had some variety so it was a nice change and still pilgrim prices. I would stay here again

Great place to hang out but did feel like an add on to the bar.

Cool place and a welcoming landing after a day with no cafes or bars open as we came from Calzadilla de los Condes. Francisco did offer a food oasis for Pilgrims along the way. Vast open and mostly shaded garden. Nice staff. Slept next to an open window which was a treat. Not so many people that it felt cramped - even with 2 pilgrims sleeping on mats on the floor.

Interesting that people liked this place. It is perhaps the worst albergue/hostel I have stayed in on the Camino. The people who own it are in the restaurant/tourist business and seemed to have just thrown up 32 bunks/mats in the upstairs of their restaurant, divided into two "rooms" with no doors in between. Showers were disgusting. Wear flip flops! Bunks were close to each other and top bunk is hard to climb into. Skinny metal steps kill pilgrims feet and there's nothing to pull yourself up with. Owners acted like it was a big inconvenience if you had a question. By far it is the hottest place I have stayed in, even with four doors open all night. I grabbed a bunk next to the doors. It was boiling hot until 3am, I was sleeping in my underwear probably flashing the busy street outside the doors all night Bc swear was dripping off of me. The worst was that I had decided to wash my clothes in the washer. I gave them everything, which included the three pairs of socks I had. Laundry was returned without a sock and when I asked them to check they insisted I hadn't given it to them. I only have a tiny clothes bag and consciously counted out the six socks when selecting what to wash. They said they checked the next load but my sock disappeared and they couldn't have cared less. When you only have 3 pairs of socks with you, losing one is a big deal. I don't think they have ever walked the Camino, which isn't necessary to run an albergue but it makes a difference. Don't stay here. Those who stayed at municipal were much happier.