A medieval jousting competition is held in early June, recreating the saga of Don Suero. San Juan is celebrated on the 24th of June.

Where there are rivers with bridges there is always history to be found. Not much exists on paper, but historians theorize about Suevi and Visigoths battling in the 5th century as well as a few other skirmishes during the 10th century. All of these have been overshadowed by the much more romantic and noble story of Don Suero.

Don Suero de Quiñones was a Leonese knight who made history here in the summer of 1434, though the feats were not recorded until 1588.  During that 150 years, we can assume that exaggerations were made, but that is of no matter when you are standing on the bridge and imagining a scene out of Don Quixote.

It was here that Don Suero and nine of his fellow knights defended this pass against all challengers; the event was staged but very much real and was approved by the king as a means for Don Suero to prove his love his lady, Leonor de Tovar.  He and his men were determined to break 300 lances but after 166 of the 700 scheduled battles they were too injured to reach their goal. Don Suero, also injured in the event, ultimately set off for Santiago on his own pilgrimage.

When leaving town, the camino once again splits. The preferred (though unofficial) path is to the right, passing through nearby Villares de Órbigo and scenic countryside. Both routes now rejoin in Santibañez, though if you take the road route it is also possible to stay on the road all the way to San Justo de la Vega. Unless it has been particularly rainy the route through Santibañez is the recommended and most scenic route. For either option, take plenty of water when departing Santibañez. 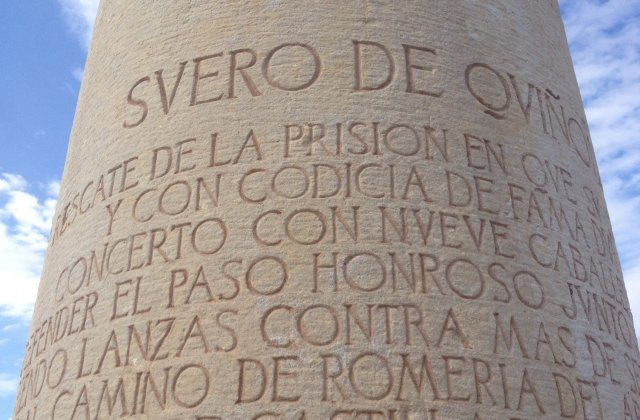 Photo of Hospital de Orbigo on the Camino de Santiago 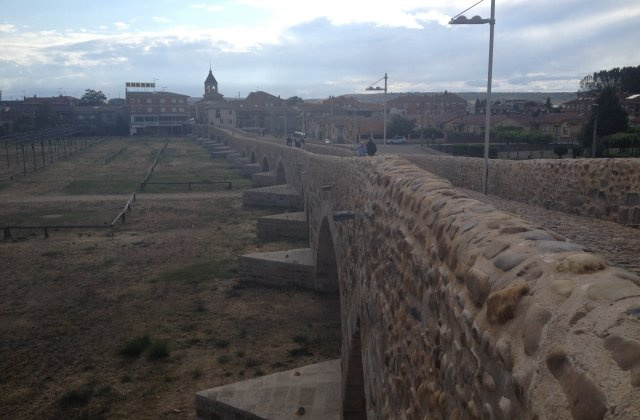