Burgos is a city that brings history to life. For many pilgrims it is the first place on the Camino Francés that beckons a two-night stay; and rightly so, Burgos has a tremendous amount of museums, churches, one cathedral, a few monasteries, and a healthy (or not) number of bars and restaurants to keep you busy.  The Calle San Lorenzo, off the Plaza Mayor, has several good options for tapas, and the Plaza Huerto del Rey has a few restaurants that lean towards a carnivorous diet.

On the not to miss list are the Catedral y Museo de Burgos in the very center of the city, and the Castillo de Burgos perched on the hillside overlooking the town.

The Museum of Human Evolution houses the artifacts from Atapuerca, and the Arco de Santa María (free visit) houses an exhibition hall.

The markings on southern entrance to the Plaza Mayor, with associated dates, indicated flood water levels.

Once at the far end of Burgos be wary of misleading signs (some quite official looking) that point the way to Villabilla. That town has been severed from camino traffic by the construction of a rail track and some efforts have been made to surreptitiously reconnect it.

The road out of Burgos is, thankfully, much shorter than the road in. The camino from here enters the meseta, with its endless plains of wheat. The landscape, while seemingly unremarkable, offers a wealth of flora and fauna and opportunities for peaceful contemplation. 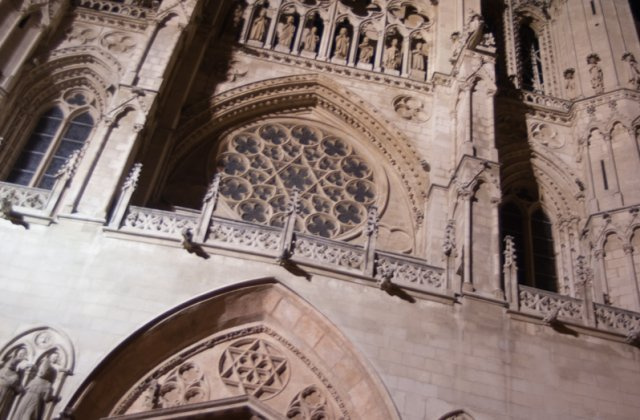 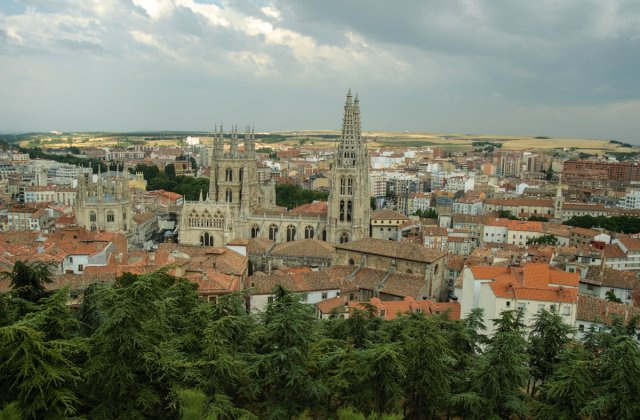 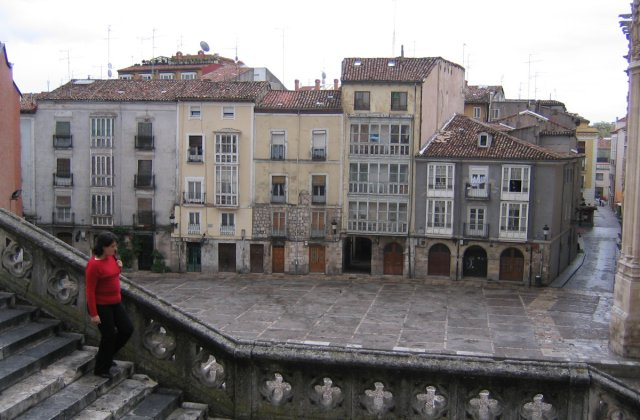 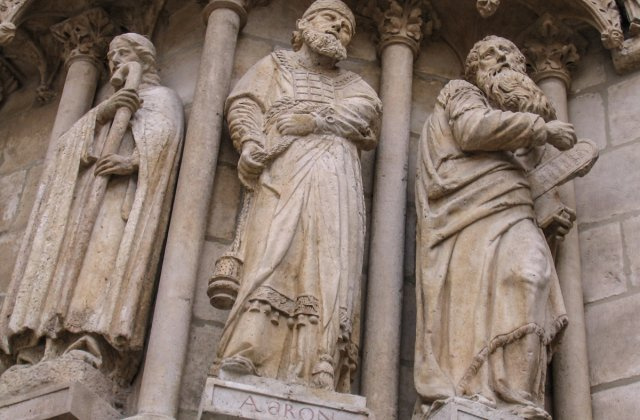 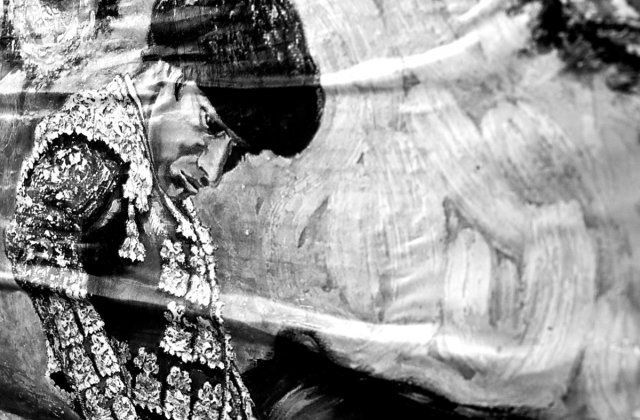 I followed the recommendation of Happy Hostal Carrrales and I am very happy. The clerk went out of his way to help me get train tickets and also provided very useful info for my time in Burgos.

This is not on the list but is well located, a great value, very modern clean and comfortable. We paid 61 euro for a double with en suite bath.

I stayed one night at the HAPPY HOSTAL CARRALES which is not listed here but was simply wonderful. It felt more like a hotel rather than a hostal. Its brand new. It is bit pricey, I got a double room (they had no single rooms left) for EUR 40.- but was so happy I treated myself. The BEST SHOWER EVER!!! And its only a 7min walk to Cathedral. Very quite. Really recommend.

Sept 2020 i stayed in a place called happy hostel Corrales. Being a hostel it had private rooms but a shared single bathroom. Also a bit more pricey than being a dorm albergue, but it was a nice comfy night. Very nice and powerful shower!!

For all you vegan / vegetarian pilgrims or those simply seeking a less carnivorous option on the Camino, Curcuma Green Foods on Calle La Puebla offer delicious plant based dining. Wonderful ambience and friendly staff. Open all day Monday to Saturday.

If you are in need of a massage, I highly recommend Ultreia!
Absolutely perfect for pilgrims and right in the centre of the city. The lady is a Doctor if Osteopathy so can also do adjustments if you would like them, otherwise she offers the most relaxing and muscle unwinding massage!
€25 for half an hour or €50 for an hour.
Contact +34 675 28 29 44
I had an hour and it was the best money I’ve spent!
Feet, legs back and front, back, neck, shoulders and arms! Everything you need by this time when you’ve walked 300kms!