Somo is a laid back surfer town, and even if swimming with the sharks isn’t your thing it is nice to stroll into town along a beach filled with students from the Somo surf school. There is one beachfront cafe at the start of town, above the surf center.

La Virgen de Latas is celebrated on the 8th of September.

Both the road route and the coastal route will take you through Somo. At the western edge of town are the Miera Estuary and the ferry terminal. Again the camino splits, and the majority of pilgrims choose the option to take the ferry all the way to Santander. The distance of 5.6km to Santander is covered entirely by boat.

The ferry leaves from the terminal on the west end of Somo, south of the sandbar and near the bridge leaving town.

The route through Astillero, though there is an albergue, is the least traveled option due in large part because it does not pass through Santander. It is mostly city walking and rejoins the official camino near the church in Peñacastillo. Taking this route prohibits you from taking the alternate route along the coast around Santander. 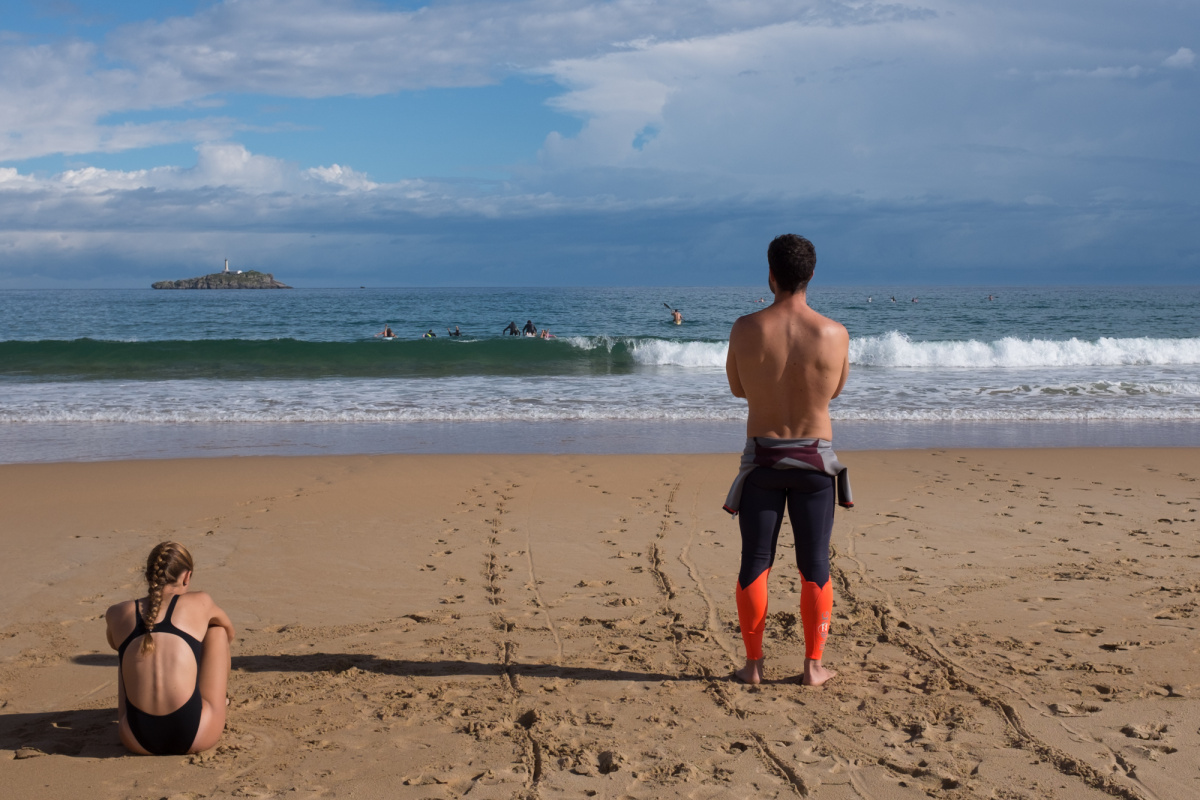 Photo of Somo on the Camino de Santiago