The Monastery of Santa María de Sobrado draws visitors from all over Galicia and has had a tumultuous life. When it was built in the year 952 it was dedicated to San Salvador. By the 12th century, it was abandoned and would be taken up by a few pious groups before the Cistercians began monastic life there. The church was added at the end of the 17th century, marking the highest point. By 1834 the monastery, along with most monasteries in Spain, was stripped of its wealth by royal decree; a process which saw a great many treasures transferred to the public domain in an effort to pay down public debt.

The camino leaves Sobrado along the AC-934. At the first small hamlet, Ponte Pedra, it leaves the road by turning left, but then turns right almost immediately to follow a smaller road. You will wind your way through the hamlets of Castro, and Madelos, before entering Corredoiras. 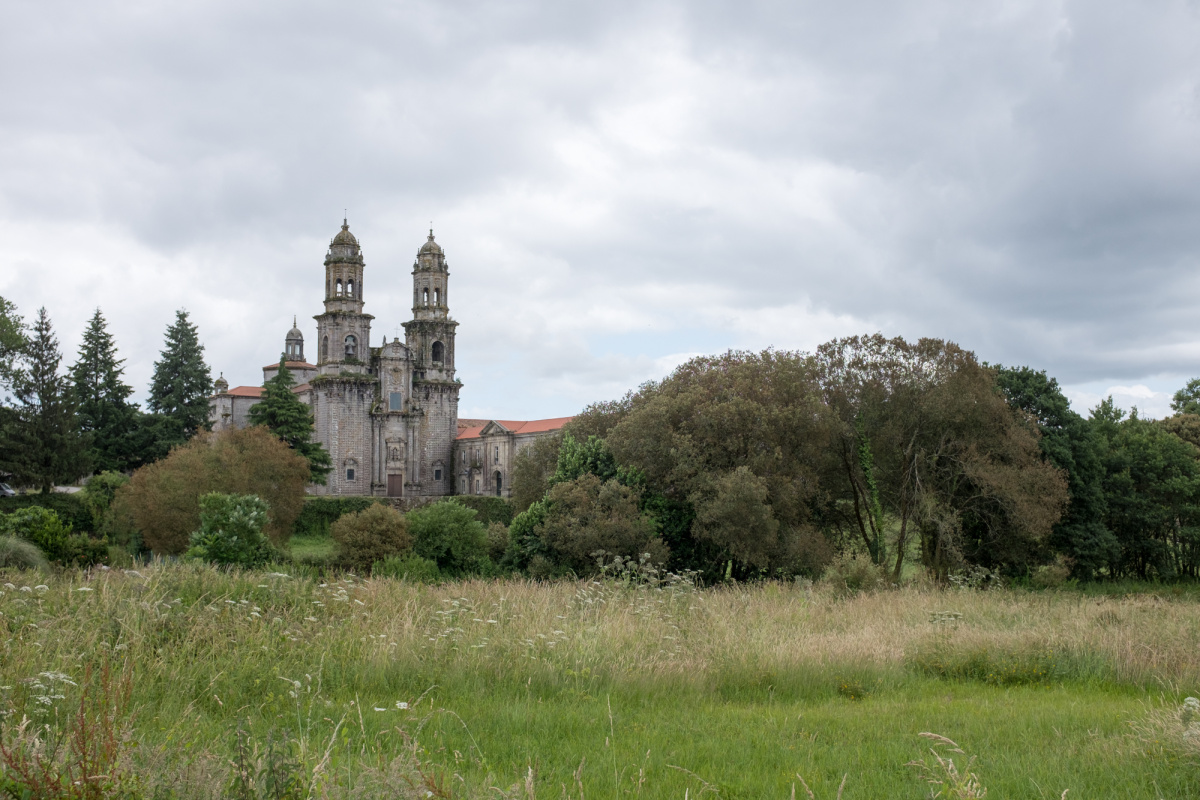 Photo of Sobrado dos Monxes on the Camino de Santiago