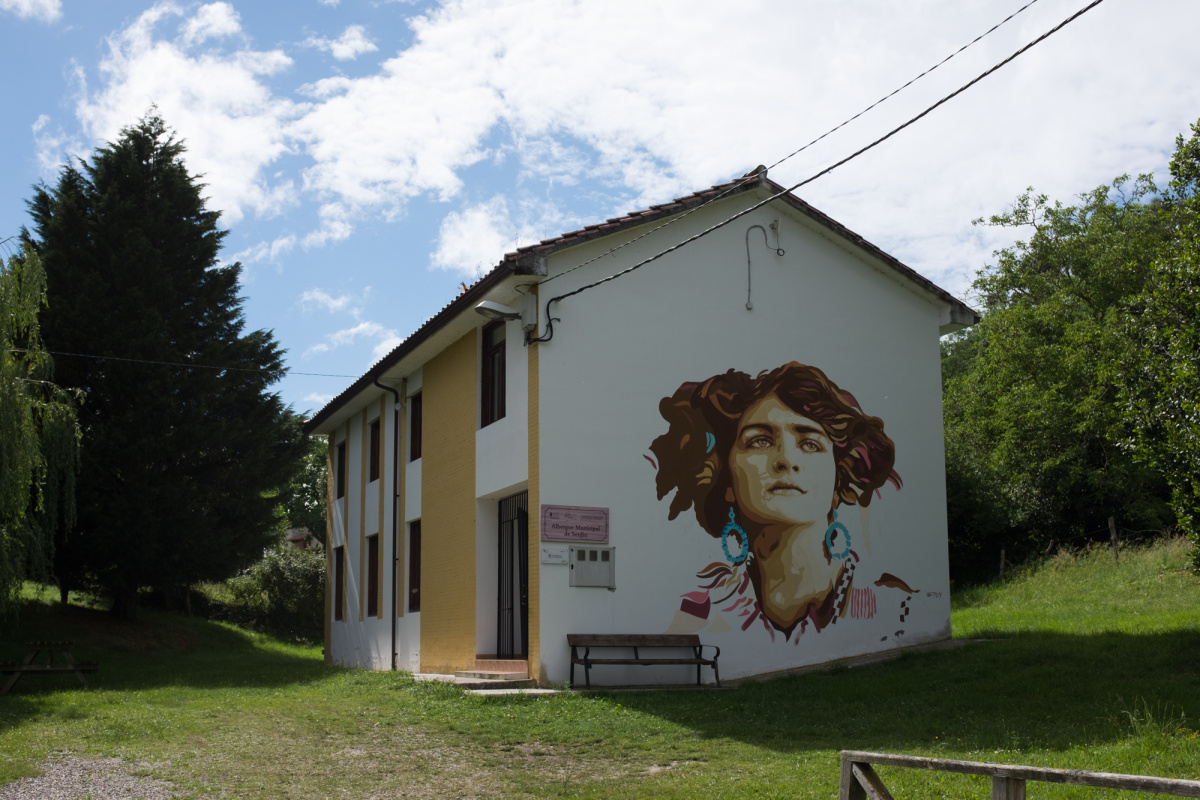 Had to pay 10€ instead of 6€. Worst albergue so far on the Camino, really dirty, humid and warm inside. I had to sleep with spiders walking over my head!
There was no light in the bathroom and the shower was cold.

Costs 6 euro now, there is a kitchen, but rather poor wifi. The host ( = la hospitallera) will catch you a few metres before it, she is kind of nice lady but rather furious if you don’t obey some of the hostel strange rules (such as don’t bring ur backpacks into the sleeping rooms). It has a nice garden you can use for chilling or dining.