Santoña is surrounded by the Cantabrian Sea on three sides, and has a mountain on the fourth; so it is no wonder that the economy here is much to do about fishing, canning, and seafaring. From the docks and the monument to Juan de la Cosa, it is a straight path through town. The Iglesia de Santa María del Puerto is not on the camino proper but does merit a visit.

The Iglesia de Santa María del Puerto, which dates from the 13th century, was built in the same location as an earlier 8th century Benedictine Monastery which itself is rumored to have been built at the location of a church founded by Santiago himself in the year 37.

The monument at the port is dedicated to the most important cartographer of the 15th century, one Juan de la Cosa. His name probably doesn’t ring a bell, but here is a guy that the textbooks forgot to tell you about. He is credited with having created the first map of the Americas (a piece commissioned by the Catholic Monarchs), and the only one ever to be created by someone who witnessed first hand the first voyage of Columbus. Juan was the captain and the owner of the Santa María.

Five centuries after Juan de la Cosa left Santoña for the new world by ship, his 20th century counterpart returned by sea plane. Charles Lindbergh landed Albatros off shore in 1933, forced down by the weather while en route to Lisbon. The town spared no expense to accommodate he and his wife.

From the ferry terminal, with your back to the water, walk straight into the city. You will pass through the Plaza San Antonio and then the large Manzanedo Park. Keep going straight when you get to the first roundabout (bus terminal here) and at the next one do the same; you are looking for the least busy northbound road. From this roundabout, it is a straight path to Berria. At the entrance to town is the high-walled El Dueso prison. 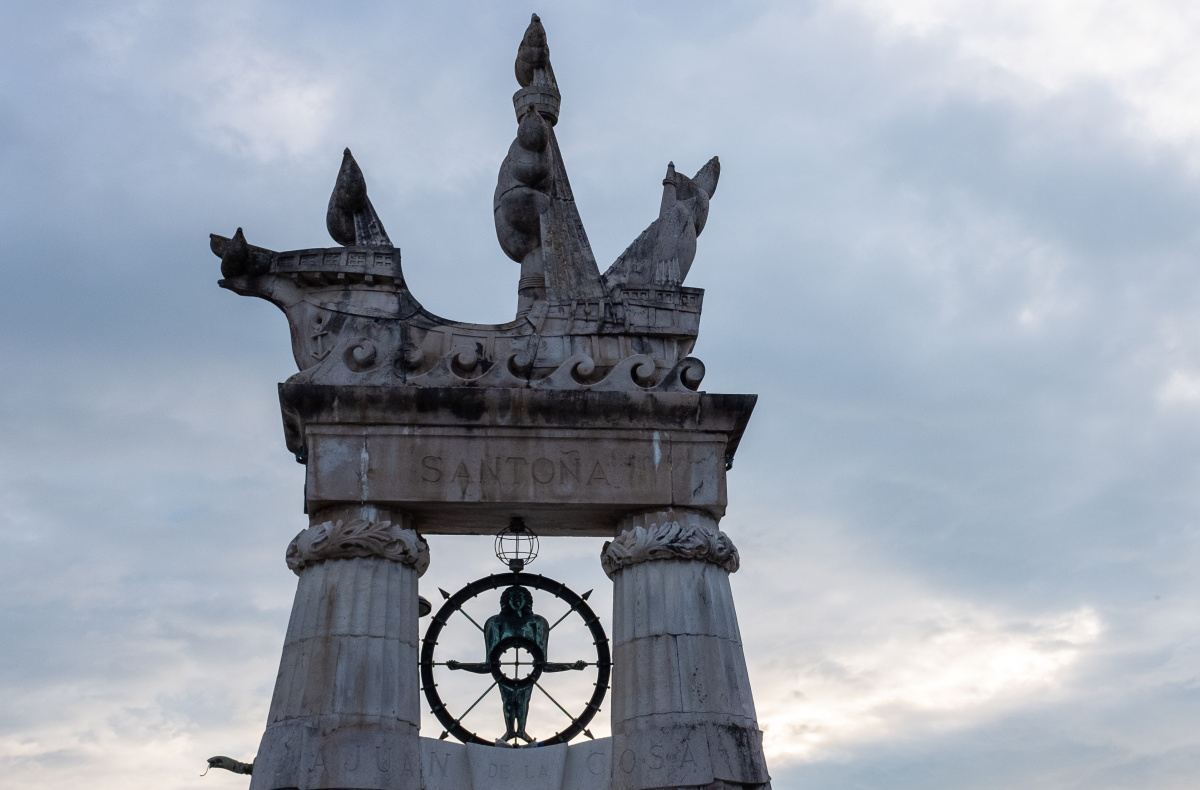 Photo of Santoña on the Camino de Santiago 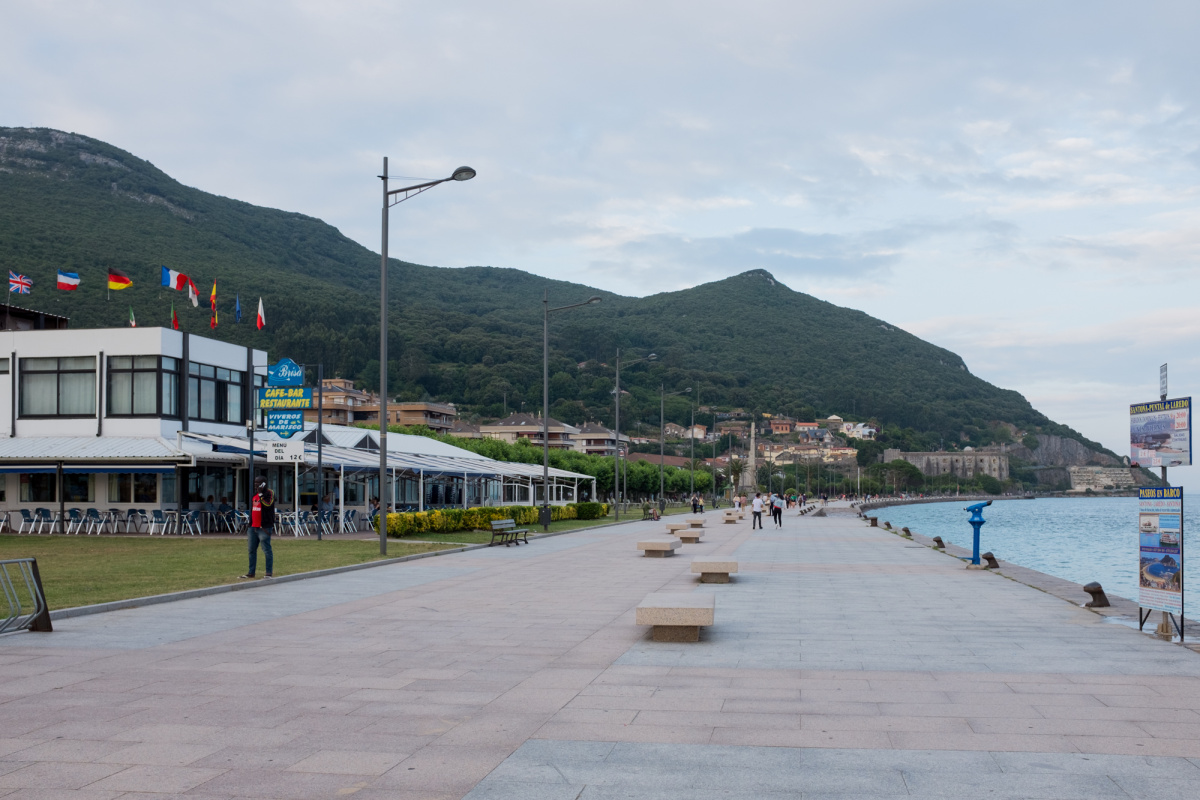 Photo of Santoña on the Camino de Santiago
Previous Next