San Vicente de la Barquera is part of the Camino Lebaniego, you will see some new signs with a stylized red cross. The town itself is supported by seaside tourism and makes for a nice stopping place. It has a charming old quarter which has hosted pilgrims for centuries; the harbor here served as a common landing point.

In the 13th century Gothic Iglesia de Santa María de los Ángeles you can find the tomb of Antonio del Corro. The writer/humanist/inquisitor is lying down reading a book. Next to the church is the twin-towered Castillo de San Vicente which has a museum, but make the climb for the views. Surrounding the old town are old city walls and the Pilgrim Gate.

On the far far end of town (across the second bridge and further still) is the Santuario de la Barquera, named for the town. The sanctuary is surrounded by beautiful gardens.

The biggest celebration, that of La Folía, is held the second Sunday following Easter Sunday.

After crossing the estuary into San Vicente, the camino proceeds directly through the roundabout at the end of the bridge, and in so doing it doesn’t really go into town. To get to any of the services and transportation, turn right at the roundabout and then retrace your steps to leave San Vicente.

It climbs slightly and crosses over the A-8 into Acebosa. 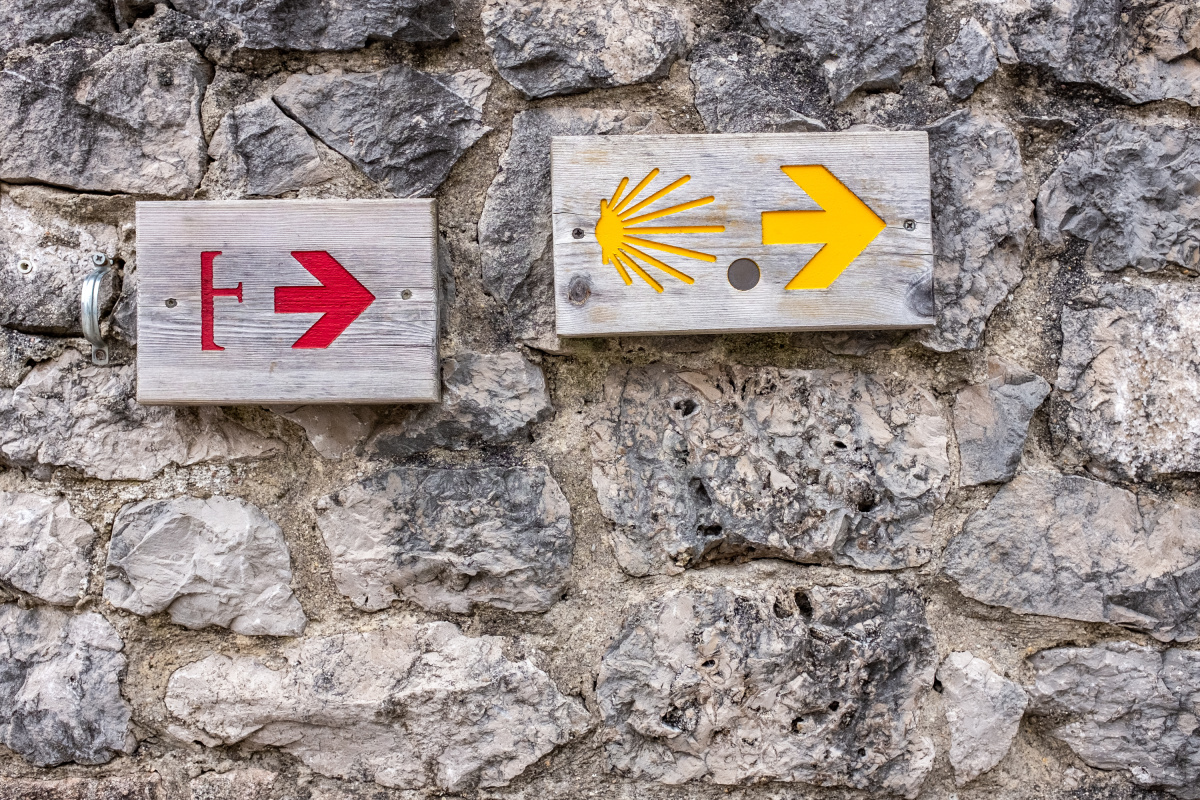