San Sebastián is one of the best-known tourist destinations in all of Spain, and is the capital city of the Basque province of Guipúzkoa (there are two more provinces in Spain and three in France). The city is home to about 200,000 people and twice as many more annual tourists, who flock to the Cantabrian seaside to enjoy the sands of the La Concha beach as well as the many international festivals to films and dance that are held here annually. This despite being one of the rainiest cities in Spain (a point which offers little consolation to rain-soaked Santiago).

It is the first major city along the coast where you will find, primarily in the Parte Vieja (old town), the celebration of food that Basque chefs take such pride in. Known as pintxos (bites), and washed down with txakoli (the local white), they display a boggling amount of culinary genius. Get a taste here, and then run wild in Bilbao.

Take in the sites too. The namesake of the town, a monastery to San Sebastián Martír, no longer exists but in its place stands the former summer home of Isabella II, the Miramar Palace. Though you may not get to visit the inside, the surrounding park is a calmer place to take in the views than are the beaches that flank it.

Also worth a visit is the Catedral de Buen Pastor, a neo-gothic gem dedicated to the Good Shepherd whose interior will delight even more than its exterior. If you are feeling ambitious make the climb (or take the cable car, no judgment here) to the top of Monte Urgull where you can visit the Castillo de la Mota or the museum (not much help to non-Spanish speakers) or simply take in the views.

Although a bit too early in the year for the majority of passing pilgrims, the Tamborrada is held on the day of San Sebastián, January 20th.

August makes up for the rest of the year with the Assumption of Mary on the 15th followed by the Basque Fiestas at the end of the month through the start of September.

San Sebastián was founded in the late 12th century by King Sancho (the wise) of Navarra to be its principal maritime port. This was useful to Sancho, but to the people of the town it was of little benefit to support a kingdom with so few opportunities to expand. In less than a few decades it was wrestled away by the Kings of Castile, whose thirst for a naval fleet suited and fed the locals better. The locals in the meantime enjoyed the Navarran traffic as well, for Sancho didn’t have much choice. Business was so brisk in fact that the city was rebuilt a half-dozen times after massive fires left it in ashes.

It wasn’t until after the last fire, in 1489 (so around the same time that typhus was getting started on the peninsula), that the city’s future was seriously reconsidered. The result was much more than a change in material from wood to stone, but also in mission. The city lost its mercantile flair, and that business was diverted to Bilbao and Pasajes. The void was filled by the military. Fortresses were built, a navy was stationed, and for the next 4 centuries San Sebastián defended against attacks from many fronts. Some battles were won, many were lost, and the last time the city could be considered occupied was when the Fascists took the town during the civil war.

Turn right on the Avenida de Navarra towards the sea, the road follows it and you follow the road. You can walk in the sand of the Playa Zurriola if it suits you, the way ahead is evident as it crosses the bridge over the Río Uramea.

Once over the bridge continue straight ahead, past the municipal gardens and towards the Playa de la Concha which you will follow all the way to its end. At the end of the beach cut across the park separating it from the road (Satrustegi) and turn right on the road towards the tree covered hillside ahead, and then left where it ends to follow the road signs to Igueldo.

The Ondarreta Albergue is along this road, straight ahead and on your left-hand side. The camino, however, turns right off of the road before it arrives at the albergue. The way is uphill along a paved road which turns into a trail, twisting and turning all the way to the top. Before long you will be on a small paved road which connects with a larger one, and in front of you will be the gravel parking lot for the hotel Leku Eder, cut across it and walk past the hotel along the main road.

NOTE: If you were to turn right at the parking lot, you could go uphill to visit Monte Igueldo. Follow the road as far as the next hotel, turning right at the sign for the Buenavista Hotel at the start of Igueldo. 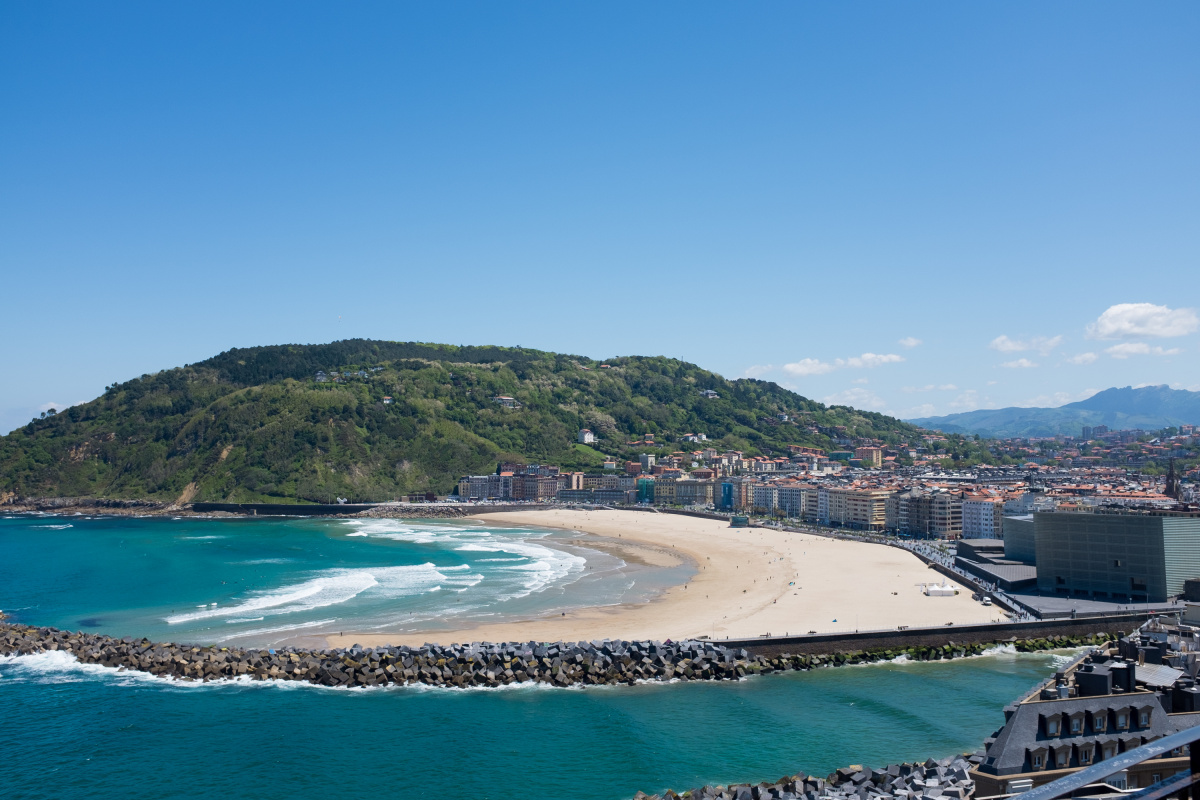 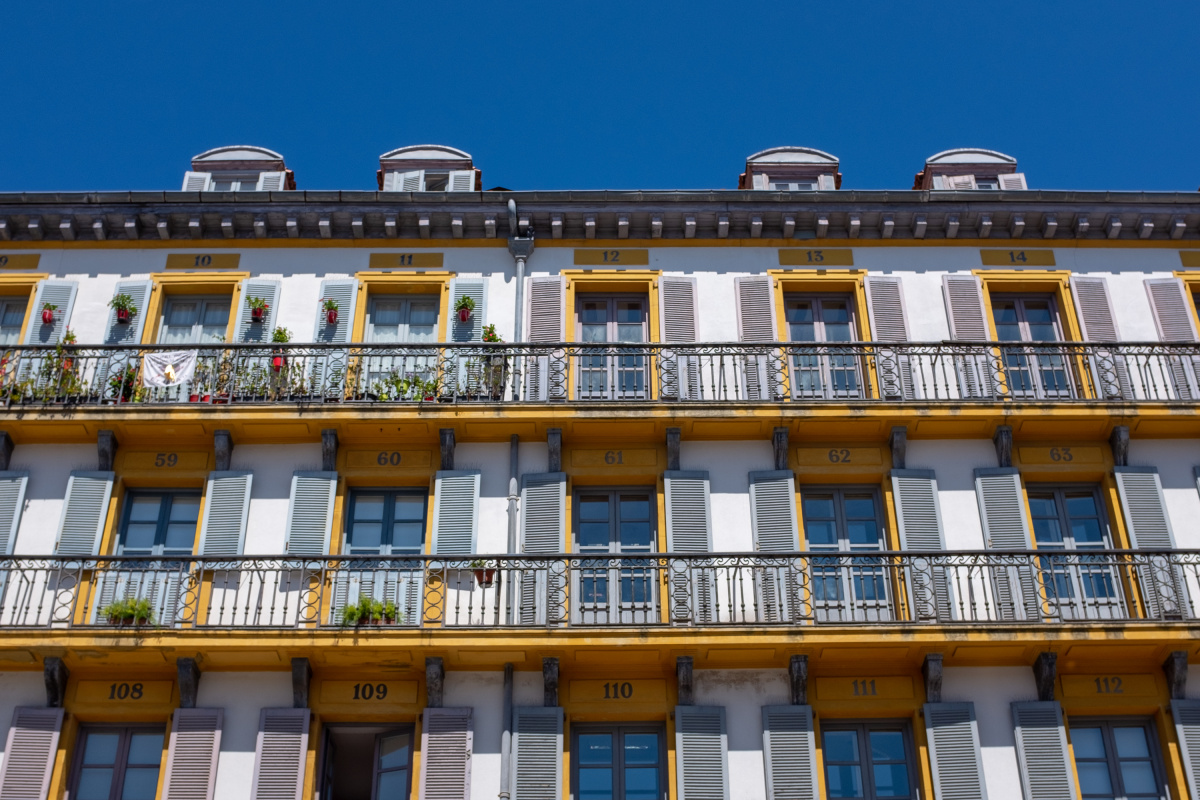 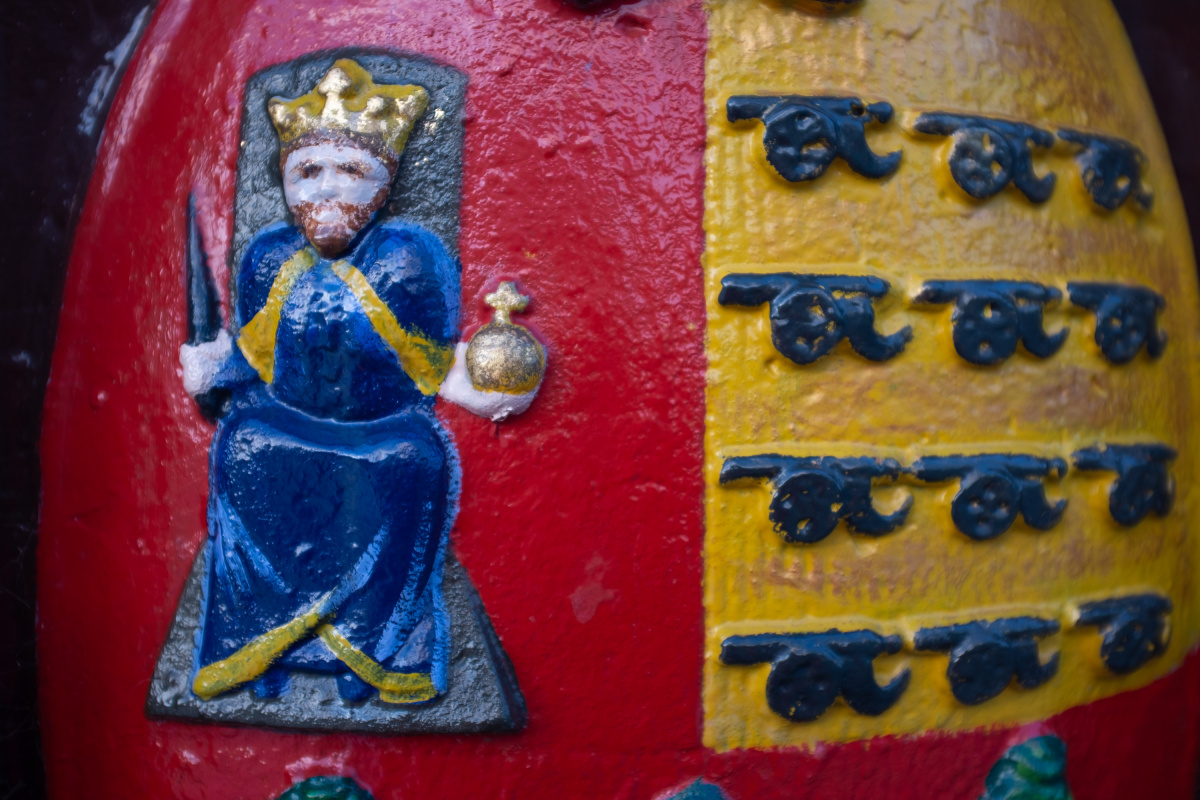 Photo of San Sebastián on the Camino de Santiago
Previous Next