Portugalete was once the main competitor to Bilbao’s port, but for reasons unknown, it lost the deal early on. It remains a miniaturized version of the capital.

If you didn’t already come across it, and if you are fascinated by the marvels of civil engineering, follow the signs to the Viscaya Bridge; it is the first of its kind and a UNESCO heritage site.

Other monuments include the 15th-century Basilica de Santa Maria, the Torre de Salazar, and the town hall; and strolling between them all takes you over and under the medieval arches and streets in the old town.

La Virgen de la Guía is celebrated on the 1st of July, San Roque and La Virgen from August 15th to 17th.

The route from Portugalete to La Arena is almost entirely on paved surfaces, and getting out of the expanses of the city require twisting and turning your way around and under the complex network of highways that crowd out green space. Much of the trail is along a dedicated bike path, separated from the highway by a tall glass divider and decorated with the silhouettes of birds. This bike path is part of a larger network of paths that connect many of the suburbs, so pay close attention at every junction. See notice below for possible confusion near La Arena. 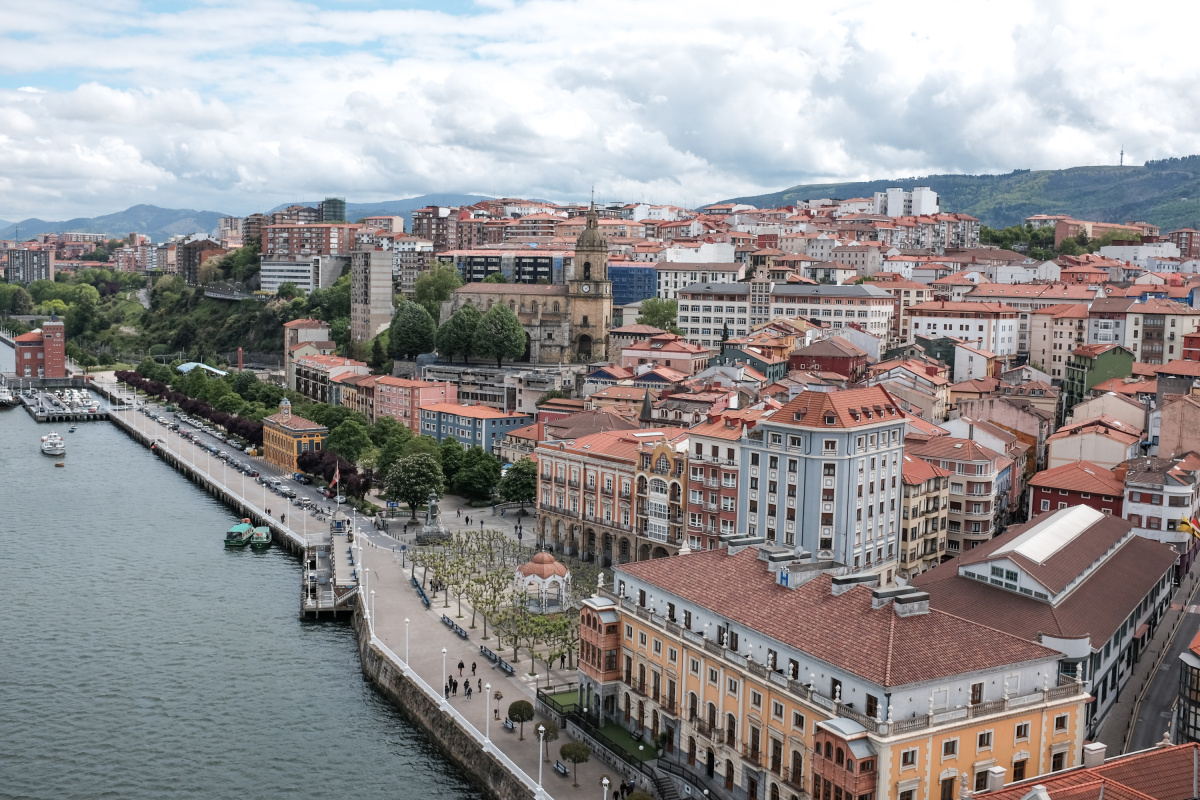 Photo of Portugalete on the Camino de Santiago