Having left the province of Gipuzkoa behind, Markina-Xemein is the first city of note in Viscaya.

There are a number of monuments in town, thanks in large part to the pilgrimage route.

They are the Convento e Iglesia de la Merced, Santa María de la Asunción de Jeméin, and San Miguel de Arretxinaga. If you are only going to visit one make it San Miguel, the hexagonal church was built around a megalithic rock formation which dominates the interior and it satisfies the very definition of unique.

Equally revered (by the Basques) are the two-sided frontón courts where the men come to play jai alai (Basque for ‘joyful party’). The municipal court here has produced so many players of international fame that it has earned the nickname the University of Pelota.

Market day is Thursday, in the Plaza del Mercado.
June: San Juan is celebrated on the 24th and San Pedro the 29th.
July: San Martín on the 7th, San Cristóbal on the 10th, and San Ignacio de Loyola the 31st.
August: Goerria on the 1st, Nuestra Señora de las Nieves on the 5th, and San Jacinto on the 17th.
September: Nuestra Señora de Erdotza on the 8th and San Miguel Arcángel on the 29th.
October: Santa Teresa de Jesús on the 15th.

The marked camino passes the church and convent and turns right at the first street past them. Follow the road across a small river and turn left at the first road, keeping close to the nearby building to follow a park trail as is wiggles its way along the river. The camino will take you back over the river (though it is covered so you might not notice) and then under the BI-633. It follows along a smaller river past an industrial park and into Iruzubieta. 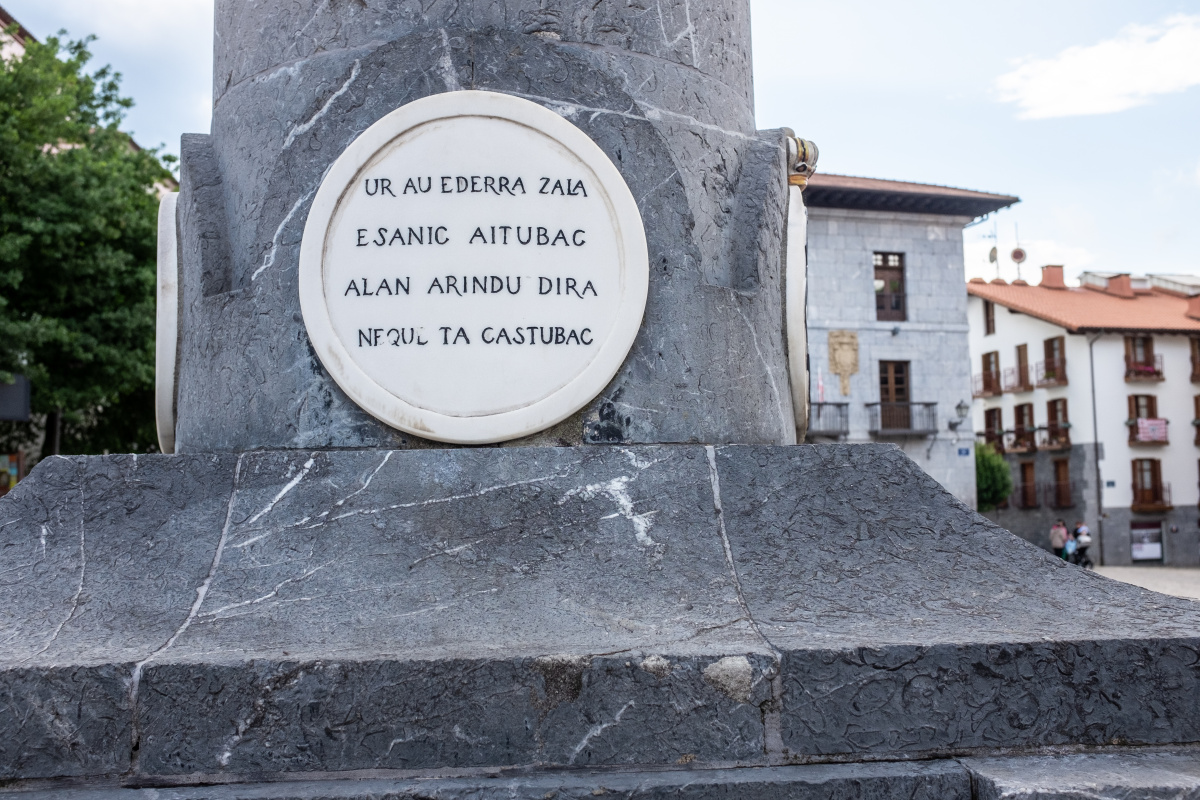 Photo of Markina-Xemein on the Camino de Santiago