Fans of Gaudi in particular and architecture in general will be thrilled to find so much to do in Comillas. The camino cuts a short path through town but if you stay the night here do yourself the favor of making a full loop around it so that you can get to the beaches, the harbor, and the headlands overlooking the sea. Doing so requires a bit of a climb but nothing you cannot handle.

The only church of much note is the Iglesia de San Cristóbal, however on the secular end of the spectrum there is no shortage of stuff to see. There seems to have been a Catalan Cultural Invasion at the end of the 19th century. Architects like Gaudi and Martorell and the sculptors Llimona and Roij lent their genius to what are now heritage sites. The two most important and not to be missed buildings are El Capricho by Gaudi, and the Palace of Sobrellano by Martorell. They stand side by side on the hillside. The former is one of the few commissioned works by the famed Catalan architect in Cantabria. It was built as a villa for the adjacent palace, which was built at the same time and whose chapel has furniture designed by Gaudi. After decades of abandonment it is now a museum. The Palace is also a museum and neither are to be missed.

Gaudi did a third project in Comillas, a smoking kiosk for the palace garden purpose built for the visit of King Alfonso XII. Sadly it was moved to Barcelona and has since disappeared. If you do take a walk around town get to the highest point by following signs for the Cemetario. You are aiming for the ruins of the old church. The interior of the old church, which was abandoned by the parish during a feud with the Duke, had been filled by the expanding cemetery. It is a curious sight to see, but the real gem is the modernist sculpture which adorns it. It is known as both El Ángel Exterminador and Ángel Guardián.

The camino has recently changed and now follows the road north. The new route bypasses El Tejo and La Revilla and instead continues along a pedestrian path adjacent to the road. It continues to Oaymbre beach (bar) and then onward to San Vicente de la Barquera along the road.

Comillas keeps a comprehensive festival calendar, starting with the Cabalgata de Reyes Magos for winter pilgrims passing through on the 5th of January. Later in the year it celebrates Carnaval for the three weeks leading up to Semana Santa (Holy Week). Bonfires on the beach for San Juan on the 23rd of June. Later the local fiesta celebrates San Pedro on the 28th and 29th. San Cristóbal, patron of Comillas, is celebrated on the 10th of July; and less than a week later Santo Cristo del Amparo is celebrated on the 16th. And lastly, on the final weekend of August, the Día del Indiano celebrates the intrepid explorers who set out from Comillas in the mid 19th century to find their fortune in the Americas and the Philippines.

Agriculture and fishing have long been the pillars of the economy for Comillas, and of the latter it produced some of the finest (and infamous) Whalers of its time. Between the 17th and 18th centuries the free whale was hunted until there were none left to catch, at which point the men traded their harpoons for nets and turned their efforts to sardines. Today it is tourism that brings the euros, the biggest draws being waves, caves, and Gaudi.

The camino passes through the center of the old town, and does not go near any of the beaches in Comillas; however it is worthwhile to make the detour to visit as the views are exceptional.

After passing through the old town the camino emerges onto the Calle del Marqués de Comillas at a broad park. High up on the hillside to your left is the Capricho de Gaudi and the Palace and Chapel de Sobrellano. Follow the road past these landmarks and straight through the roundabout at the end of the park. You are now in the CA-131 and 2.3km from here the camino splits. 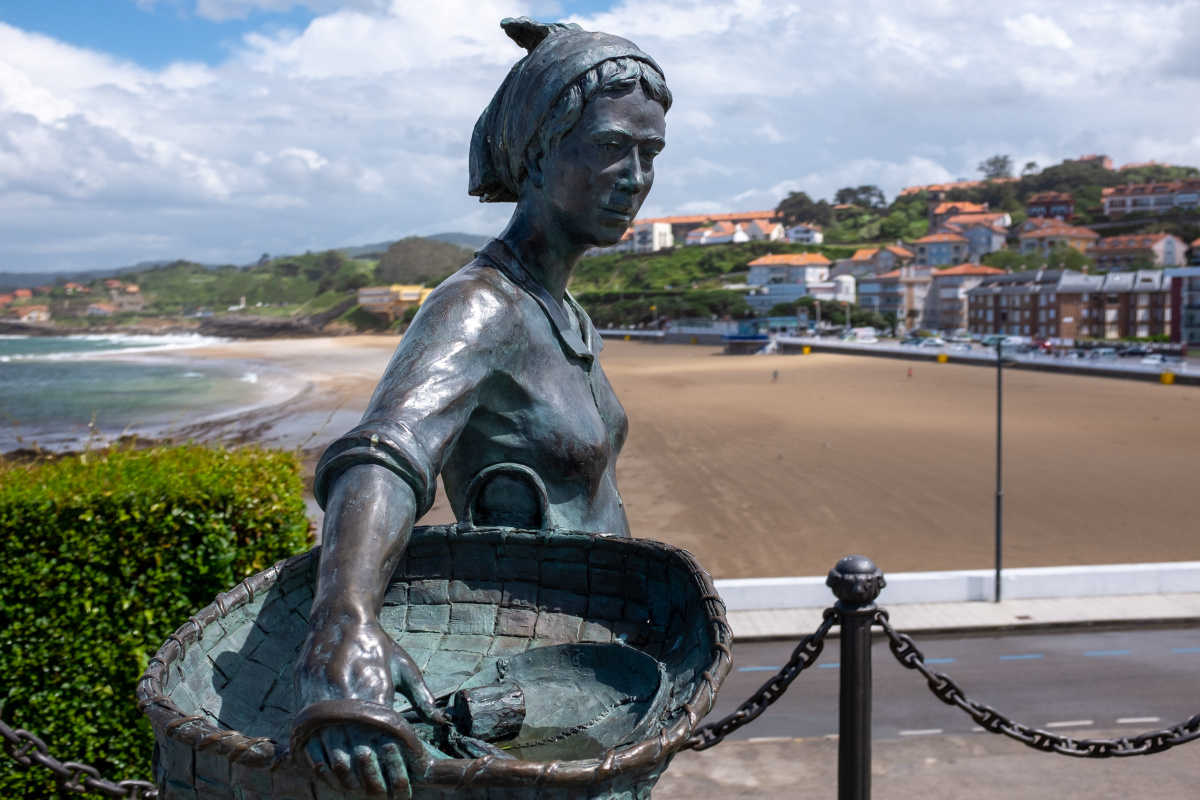 Photo of Comillas on the Camino de Santiago 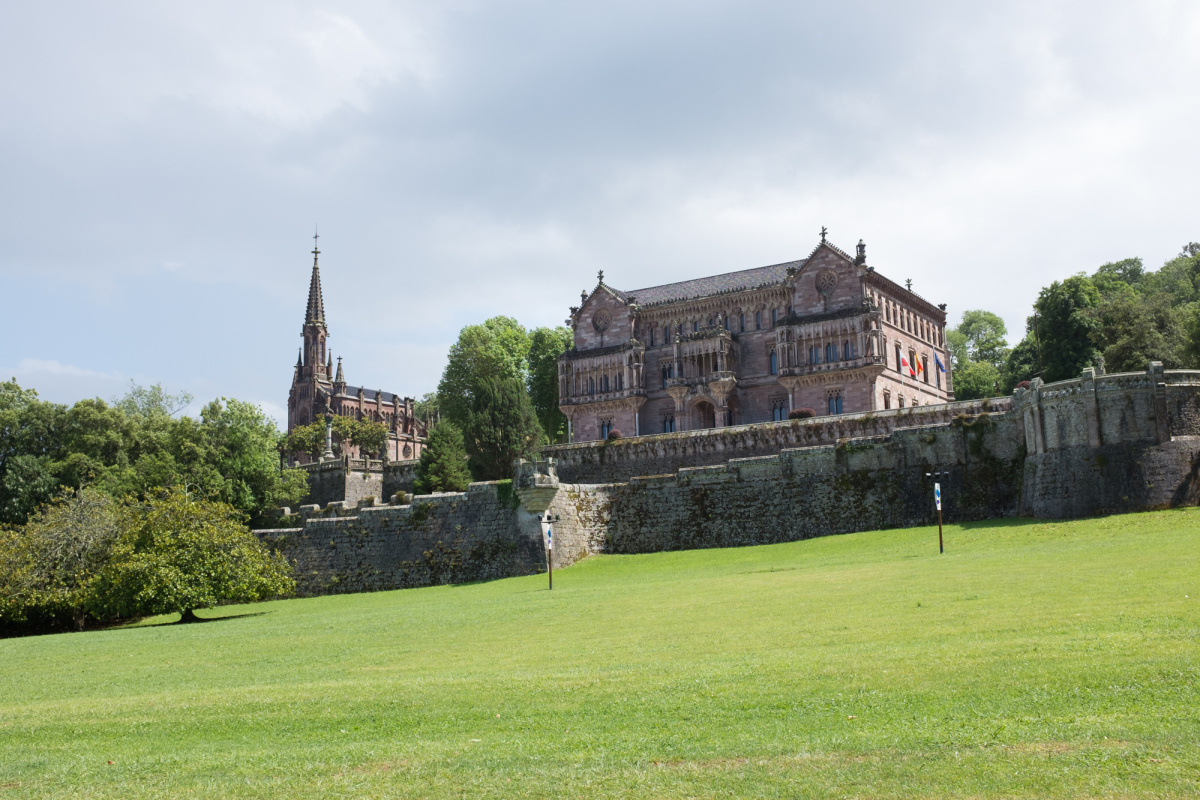 Photo of Comillas on the Camino de Santiago
Previous Next