There are a surprising number of architectural heritage sites in Cóbreces, and if you spend the night here you are encouraged to walk the town to take them all in.

They are more or less all adjacent to the camino and include, from east to west: the Colegio de San José (location of Viejo Lucas Albergue), the Ermita de Santa Ana (celebration on the 26th of July), the Iglesia de San Pedro Ad vincula (Saint Peter in chains), the Abadía de Santa María de Viaceli (possibly the first building of its type to be built with reinforced concrete), and the Iglesia de San Felices de Mies.

Or you could stroll to the Playa de Luaña just a short distance away and on the camino, also an option for dining.

There is an alternate route which may cause some confusion in Cóbreces. It turns left at the Iglesia de San Pedro and follows a more southerly path to La Iglesia.

August: San Pedrucu on the 1st and San Roque on the 16th. On the last Saturday of August there is a pilgrimage to the Ermita de Virgen de la Peña, a journey of 18km meant to rid the penitent of all epidemics.

The camino follows the CA-353 all the way through town. It passes all of the albergues as well as the abbey. When it reaches the first main intersection (after the abbey) it turns left and then right again, following the road to the nearby beach. From the beach it climbs up to a small hamlet. Beyond this hamlet it splits into two paths of equal length, to the right is the town of Liandres and to the left is the way to La Iglesia passing the campsite. The path into La Iglesia is downhill, crossing the CA-131 along the way. 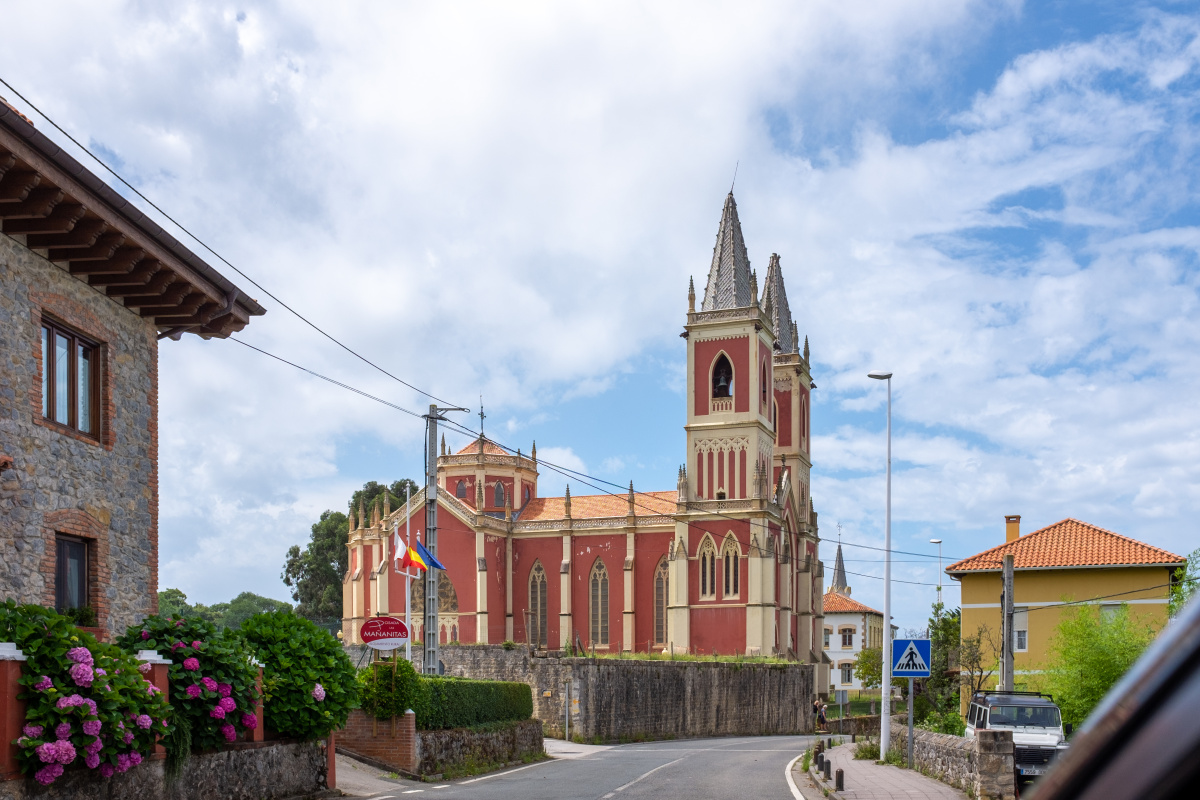 Photo of Cóbreces on the Camino de Santiago