Simón Bolívar, leader of many South American independence movements and namesake to both Bolivia and the Bolivarian Republic of Venezuela, was not born in this town which carries his name and a monument and a museum dedicated to him. Neither were any of his relatives, but as things go they were born near enough to adopt the name of the village as their own. Some 800 years later the name Bolivar became synonymous with liberation, and from these parts come a great many freedom fighters.

At the roundabout at the start of town, follow the road sign to Urua (the only option which crosses the river). This is only to get you off of the main road, which you could just as easily follow to the end of town. The camino passes the Simon Bolivar Museum and arrives at the church where it crosses the main road, and shortly after another smaller road.

From here it is back into the countryside. The camino next meets the road in the two building town of Ziortza, if you plan on staying there turn left at the road. The only buildings in town are visible from here. 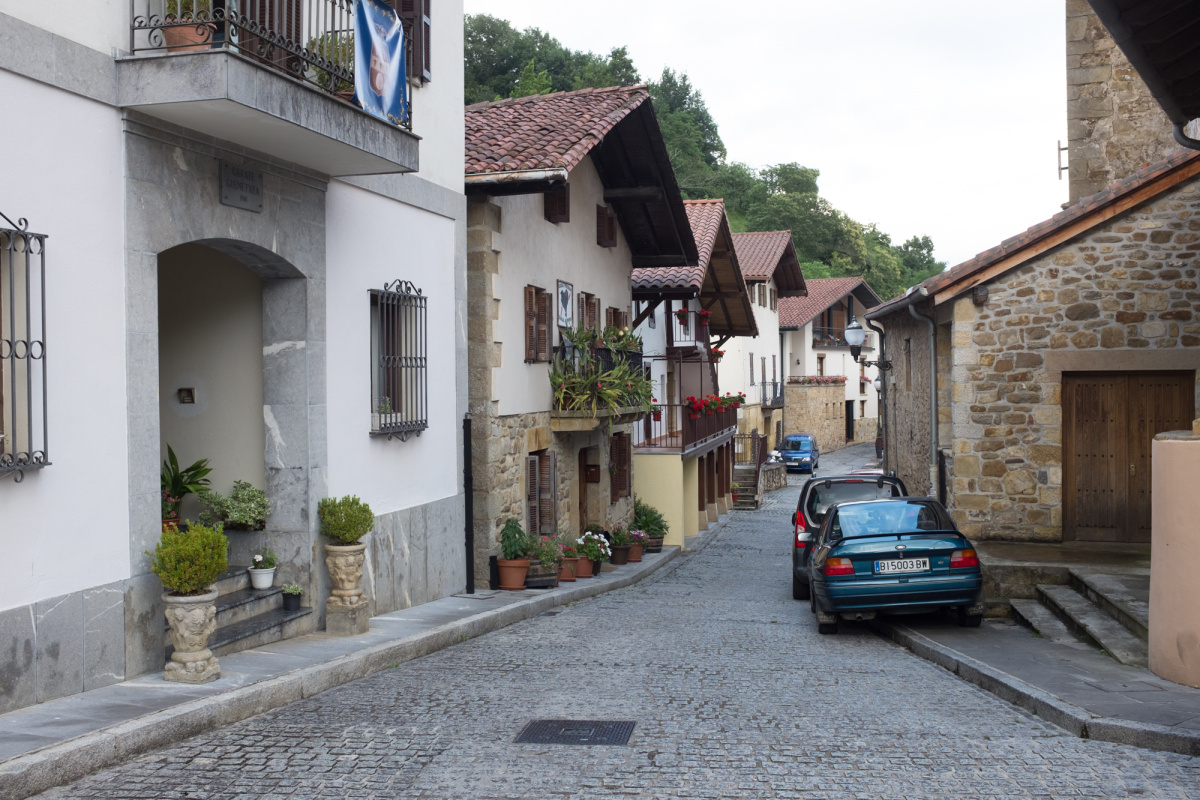 Photo of Bolibar on the Camino de Santiago