The Puerto de Pajares is one of the few mountain passes which for centuries has offered passage over the mountains into Asturias from the meseta. It remained the primary corridor until the construction of the A-66 to the west. It remains a difficult road for drivers and snow is not too uncommon here in June.

The old parador has opened the bar and across the road Venta Casimiro has rebuilt after a fire... it is the bar "de siempre."  Parador for views, Venta for soul and a real meal.

The camino leaves the main road to follow a trail behind some farm houses at the far end of the alto; if you have gone as far as the old Parador you will have to backtrack a bit and avoid the temptation to follow the road. At the farm buildings turn right and begin a gentle ascent to the border between León and Asturias. Here you will have to pass through a gate and descend back to the National road you ought to have avoided (it really is quite dangerous). Here you have to cross over the road (CAUTION) to resume along a trail down to Pajares.

NOTE: Along the way to Pajares you will find a junction which requires you to decide between Pajares or San Miguel. The route through San Miguel will also arrive at Pajares but takes 5km longer to do so and is therefore only really recommended for cyclists or for pilgrims who intend to sleep in Bendueños (1.5km off camino). 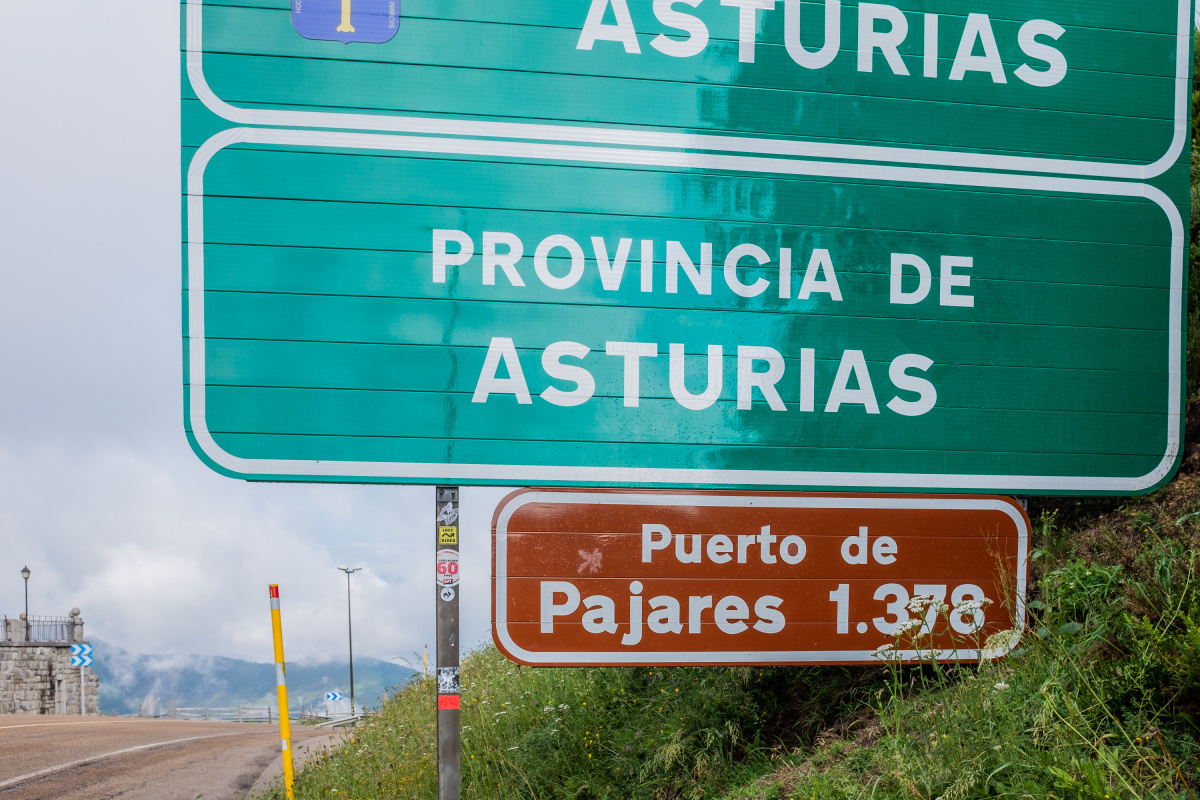 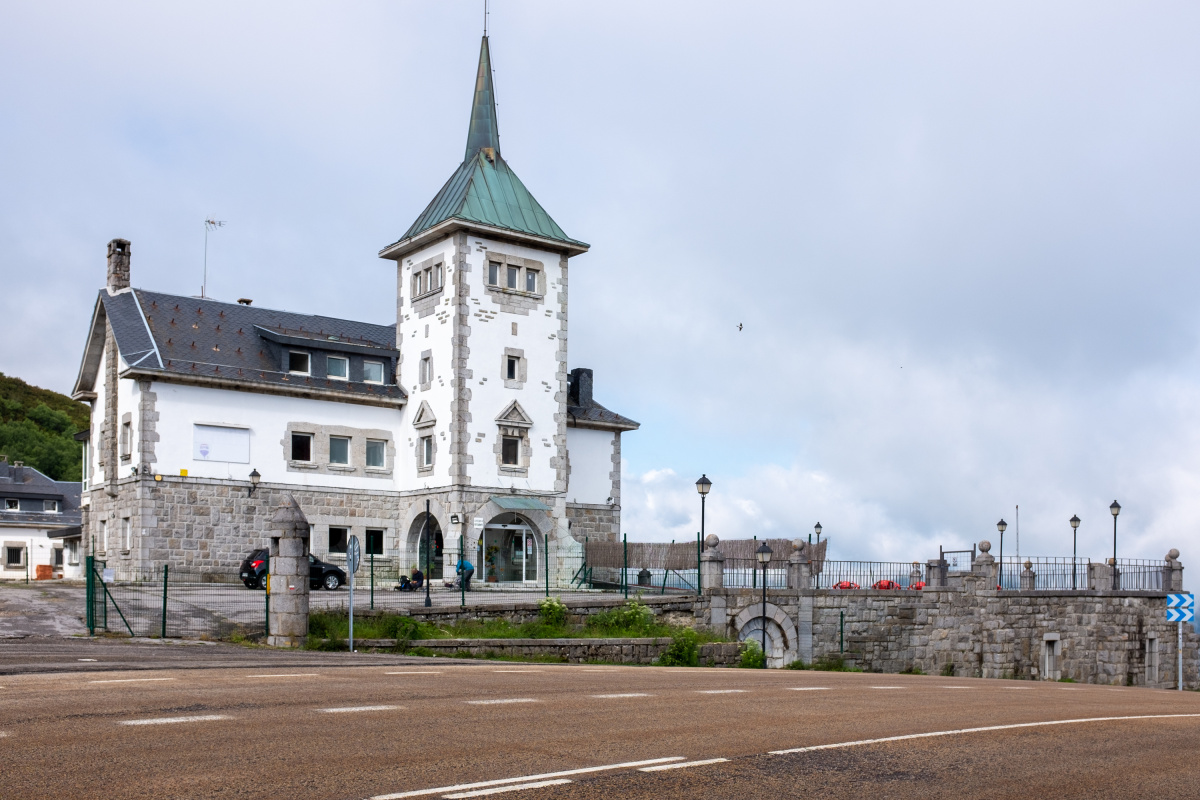