The long anticipated albergue of Diomondi has now opened!

The little hamlet of Diomondi has a jewel of a Romanesque church, San Pelagio de Diomondi. It is an architectural highlight of this Camino. The church is easy to find. When you come to the modern bench and shelter, the Camino begins its descent. To see the church, just stay on the road for a few meters. The thousand-year-old cow heads carved above the side doors are a sweet salute to the creatures in the fields all around. After many years of scaffolding, the episcopal palace attached to the church seems to have been repaired. We have no information about possible visiting hours, however.

At the shelter, the Camino leaves the road and turns to the left, beginning to descend the many switchbacks of the codos (elbows) of Belesar, a 2.5 km stretch of steep, broken pavement with remnants of the old Roman Road. The 17th century chronicler of his route home from Santiago on the Invierno noted that the bridge and path were named after a Roman Captain named Belisario, apparently in charge of the construction of the bridge.

The path zig-zags from the forest into the vineyards, down to the river itself. This descent can be hard on the knees; hiking poles would help a lot. The path down to the river is marked with the GR red and white blazes. Don’t worry about the lack of arrows. 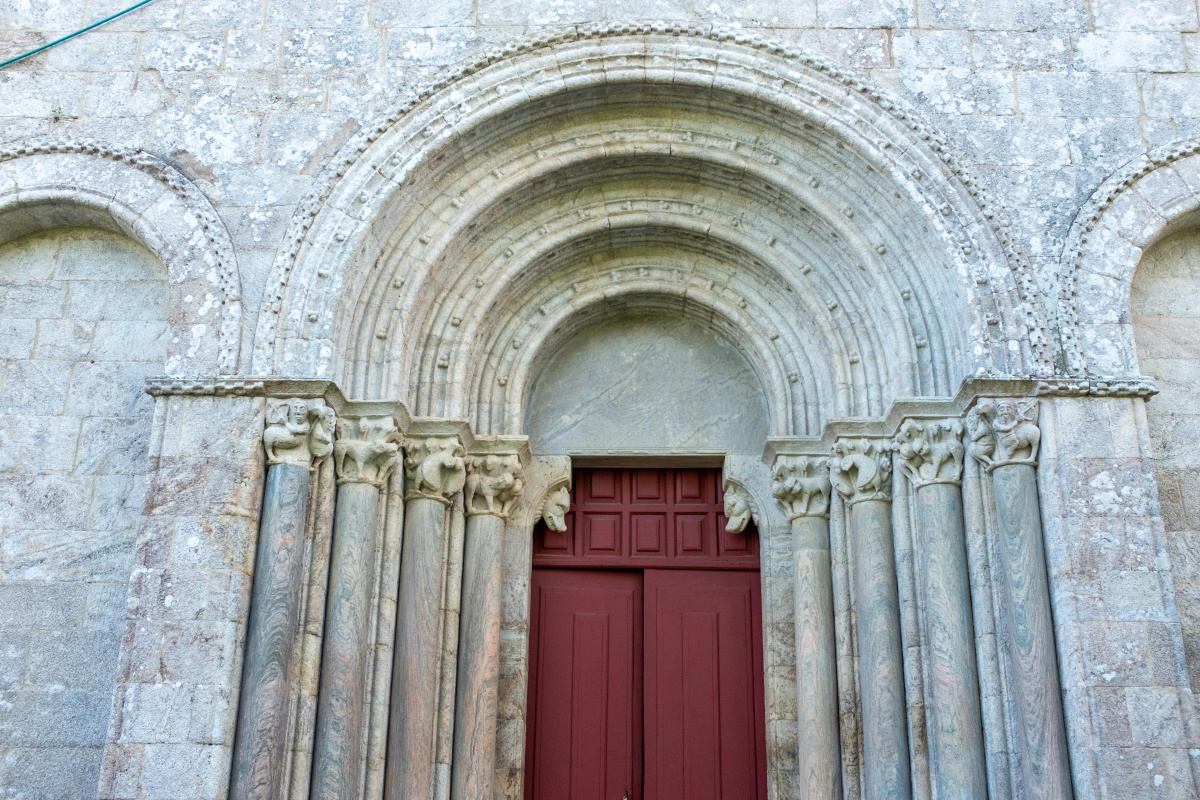