Twenty people live here now, but the monumental 18th century Iglesia de San Michael was built for hundreds. Montefurado is a testament to glories long past, when this town was a crossroads for carters carrying ore, honey, wine, and vines from here to all parts of Spain. Evidence of even older importance can be seen farther along the river valley, where a smaller set of exposed mountain innards and a hole blown through a riverside rock-face are remnants of more 2nd-century Roman ingenuity: the miners shifted the course of the río Sil in their search for gold. The village is built atop a maze of ancient tunnels, now used for storing wine and cheese.

Fountain next to church.

A 2018 pilgrim reports that there is a Centro Social near the church. If it is open, you can probably get a drink here.

Montefurado has a train station. One train a day, in the morning, runs between A Rúa and Quiroga. It has a stop in Montefurado. Similarly, there is a daily train between Quiroga and A Rúa, but it runs in the late afternoon.

If your intention is to divide the approximately 40 km between O Barco and Quiroga, and if you also want to stop in A Rúa (a mere 14 km from O Barco), here is one way to divide the two stages more evenly:

Day 1: walk from O Barco to A Rúa (14 km). Check into your accommodation and drop your pack. Walk on to Montefurado and then catch the 18.14 train back to A Rúa (just 10 minutes). This would give you plenty of time for a visit with the delightful Casimiro. The train back to A Rúa leaves from the middle platform, but one peregrina on the wrong platform reported that the train patiently waited for her to get to the right track.

Day 2: As you walked to Montefurado the day before, now catch the 10.03 train from A Rúa, get off at Montefurado (just 9 minutes), and continue on to Quiroga.
These two stages would be roughly the same distance.

Now that the apartments in Soldón are available, it would also make sense to walk from O Barco or A Rúa to Soldón in one day, although the next day’s stage from Soldón to Quiroga would be pretty short.

A waymarked trail leads out of Montefurado along a green path upward. If bad weather makes a mess of the path, you can find the car access from Montefurado to the LU-933, which also takes you uphill to the village of Hermidón. As of 2019, a large portion of the walk to Bendilló has been taken off-road and now goes through nice forested areas. 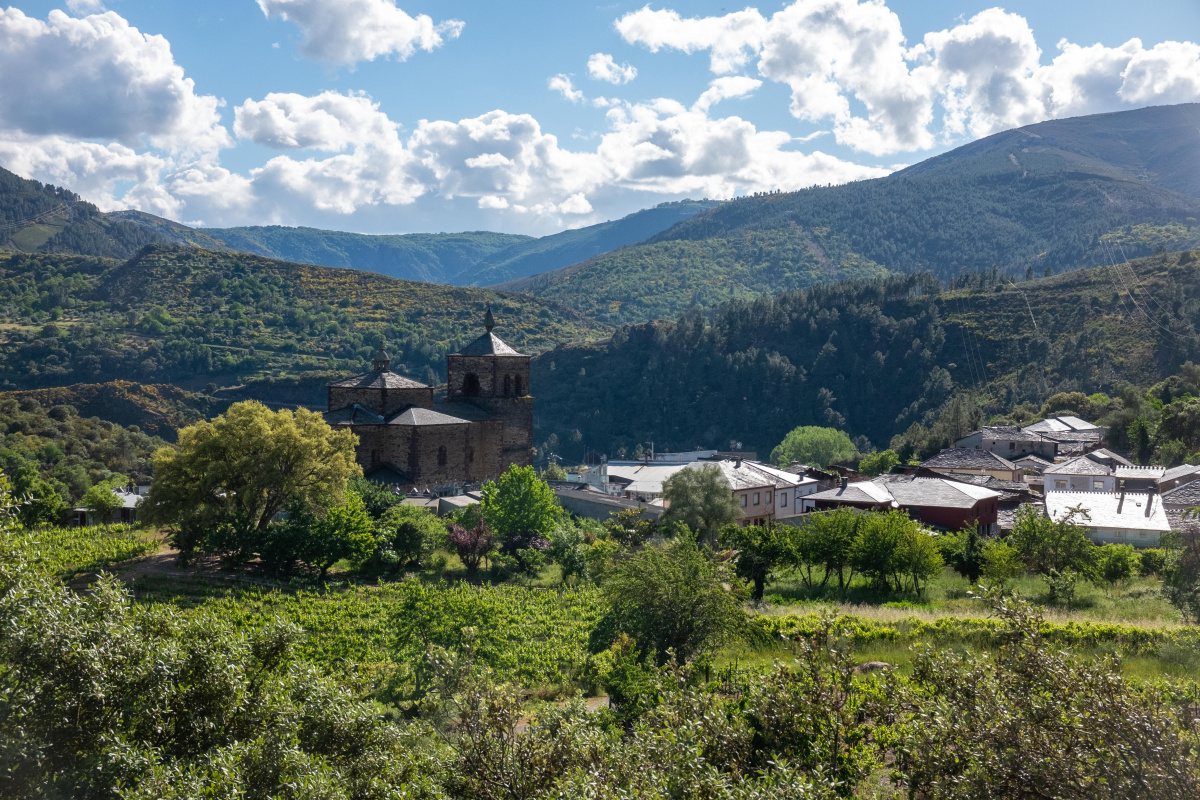