The scholarly debate on the castle is ongoing, but here is one respected version of its history. It seems that the castle may have been the site of the Roman Castelo de Ulver, built to defend the gold operations at Las Médulas. Later 9th century traces have also been identified. It is likely that the castle was rebuilt in the 13th century by the Knights Templar after Alfonso IX of León donated it to them in 1211. When the order disappeared in 1312, the castle passed to Alfonso XI of Castilla. The castle’s name can be traced to 1378, and for the next century it was taken, retaken, nearly destroyed, and finally given by the Reyes Católicos (Ferdinand and Isabel) in 1486 to the newly created Marqués de Villafranca del Bierzo. In 1900, the heirs to the castle donated it to the hamlet of Villavieja, which used it for years to shelter flocks of sheep. Government restoration began in 2002, and the castle now contains a small museum. It is the site of an annual medieval musical festival, held the last weekend in August.

There is a nice view from a nearby bench (banco). Look for signs near the castle pointing you to el banco más bonito del Bierzo (the prettiest bench in the Bierzo region).

Once you have finished your visit, continue along the downhill road. Turn right (following the arrows) at the first intersection and a left at the one that follows. From here you will arrive shortly in Borrenes. 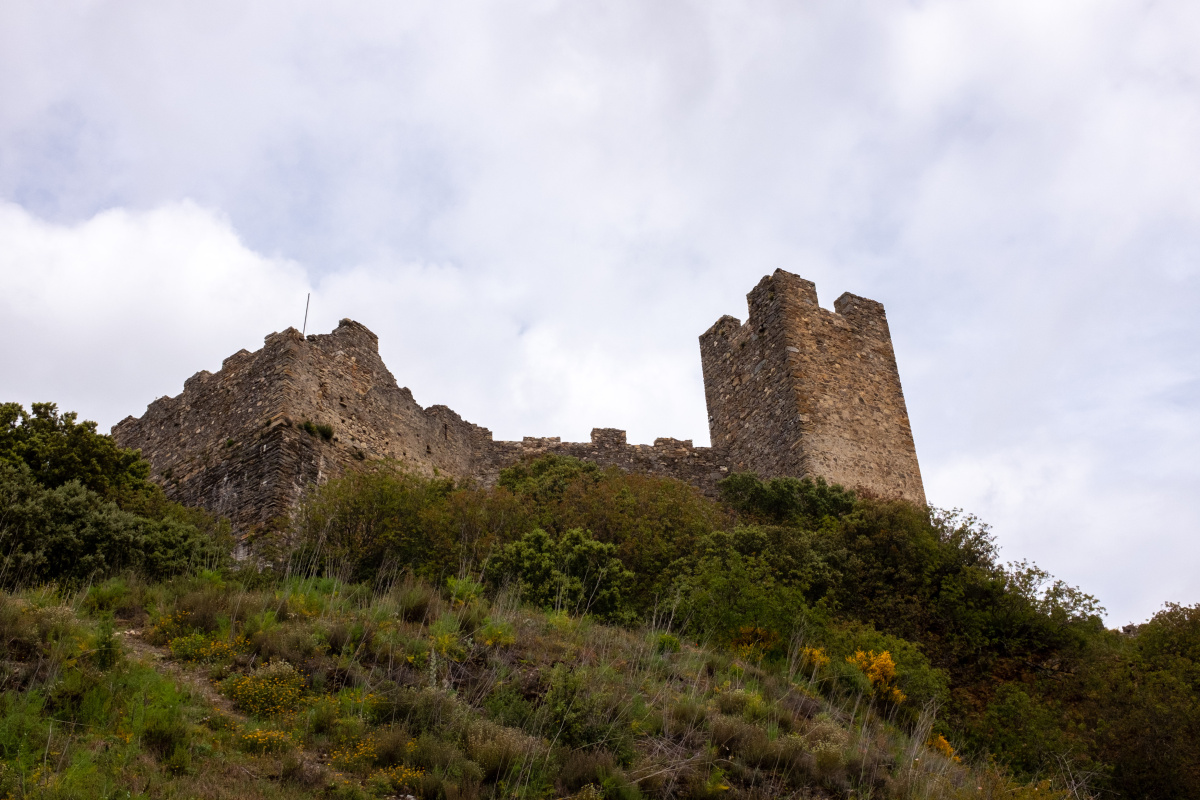 Photo of Castillo de Cornatel on the Camino de Santiago